The Sharp Hook of Envy 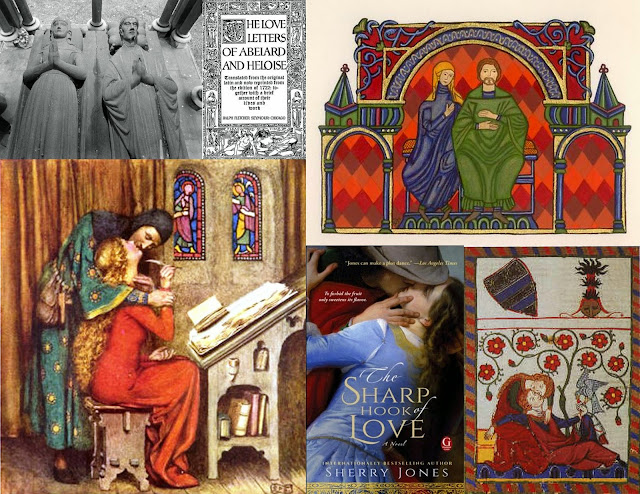 First of all, I highly recommend this book.  Of course, I knew about Abélard and Heloise, but their fascinating story never really piqued my interest until I read The Sharp Hook of Love by Sherry Jones.

Second, as an aspiring novelist writing about star-crossed lovers, this book made me (no other phrase for it) green with envy. Abélard and Heloise  star in one of history’s most passionate and romantic true love stories. The affair of the 12th century philosopher and theologian and his female student, both considered to be among the most brilliant minds of their time, scandalized the community in which they lived. The consequences were both dire and transformative.

Unlike so many historical novels that seem like books about someone, Jones's tour de force puts you immediately inside Heloise's head and in her world. You might not like that world, because 12th Century France is a misogynistic, bitter world where the mix of politics and religion is volatile. (A cautionary tale?) Nonetheless, Jones, through Heloise, makes us feel, hear, taste, and smell it. The secondary characters (and even Abélard becomes almost secondary when compared to the passionate Heloise) are well-drawn  and provide even more insight into this alien (to the modern reader) world. Seeing it from Heloise's point of view, her journey is inevitable, even though you, the reader, might be screaming NO! NO! NO! Don't go there, girl friend!

The Sharp Hook of Love.  Read it. Now!