Hunting hippos in ancient Egypt - what was it like?

Queen of Heka starts with a scene in which my heroine Iset (the goddess Isis as a girl) tries to show up her mother by killing a hipppo. I used this piece of art as an inspiration for the piece. 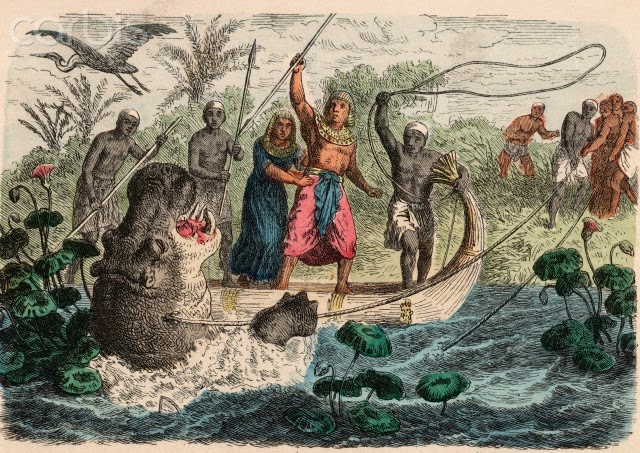 But what does it really look like when a hippo charges you? Check out this recent video.


This is a snippet from the opening scene with the hippo hunt. Did I capture it?

“Get me there first.”

The chief oarsman glanced at Mother, and I was almost certain he was about to pretend he hadn’t heard me. I tried on Mother’s face. The look that says if you challenge her you might as well go ahead and offer yourself up to the Great Serpent.

A lull in the drumming sent my voice ringing up and down the river road. All the boats except Mother’s came to standstill. Hundreds of courtiers swiveled their heads in my direction. Their shocked expressions spurred me on.

They rowed. I stood between the benches, using the spear to keep my balance. My boat closed the gap, blocking Mother. Her rowers gaped. That was the sign I wanted to see.

Mother shook her head, an almost imperceptible movement. For a heartbeat, certainly no longer, I considered calling a halt. I’ll slit your throat. I barked a command. “Faster.”

My boat skimmed the waves like a hawk on the wind. I kept my footing even when the hippopotamus’s warning bellow rattled my bones. Its maw gaped wider than the entrance to the underworld. I wiped my sweaty palms against my thighs and hoisted the spear, waiting, waiting, waiting until we came into range.

I threw the spear, burying the copper tip in the river cow’s eye. The wooden shaft vibrated with each outraged roar. Whispering a prayer to any god that might be listening, I grabbed a second spear. It found a home beside the first.

“Oh, yes, yes, yes!” The words spurted from my mouth. Someone thrust a bow and arrow into my hands.

The hippopotamus reared, flailing its front legs and exposing the rapid pulsing of its pale, distended belly. I risked glancing at Mother. The disbelief on her face made my heart soar.


The hippopotamus plunged under water. My stomach came up into my throat, bitter, burning. Sometimes, mad with pain, these beasts resurfaced under a boat, shredding the wood with their curved fangs. I took deep breaths just like the priests taught me. In. Hold. Out. A dreamlike calm settled over me, and I nocked back the first arrow. The air sang with the sound of its passage. I held my breath until it struck the broad back. The river cow reared again. Two. Three. Four arrows followed in quick succession. Each one to the heart.

A low death rattle reverberated in the hush, but the body remained as upright as a mountain for what seemed like a million years. When it collapsed, waves crashed against the skiff, buffeting us from side to side. The chief oarsman caught me; my face was a mere hand’s span from the churning, bloody water.
Posted by Michalea at 10:13 AM No comments: 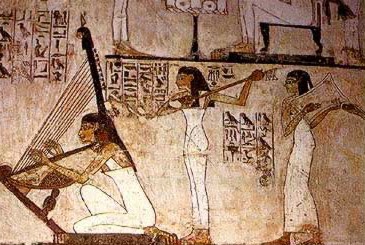 I've read various translations of this poem, but this performance is spectacular.

So, close your eyes, imagine a cone of wax perfume is on your head, and your goblet is full of Year 5. Sweet wine of the Estate of Aton of the Western River from the Chief vintner Nakht.

Posted by Michalea at 6:56 PM No comments:

January Reading: Ladies of a certain age and fairy tales 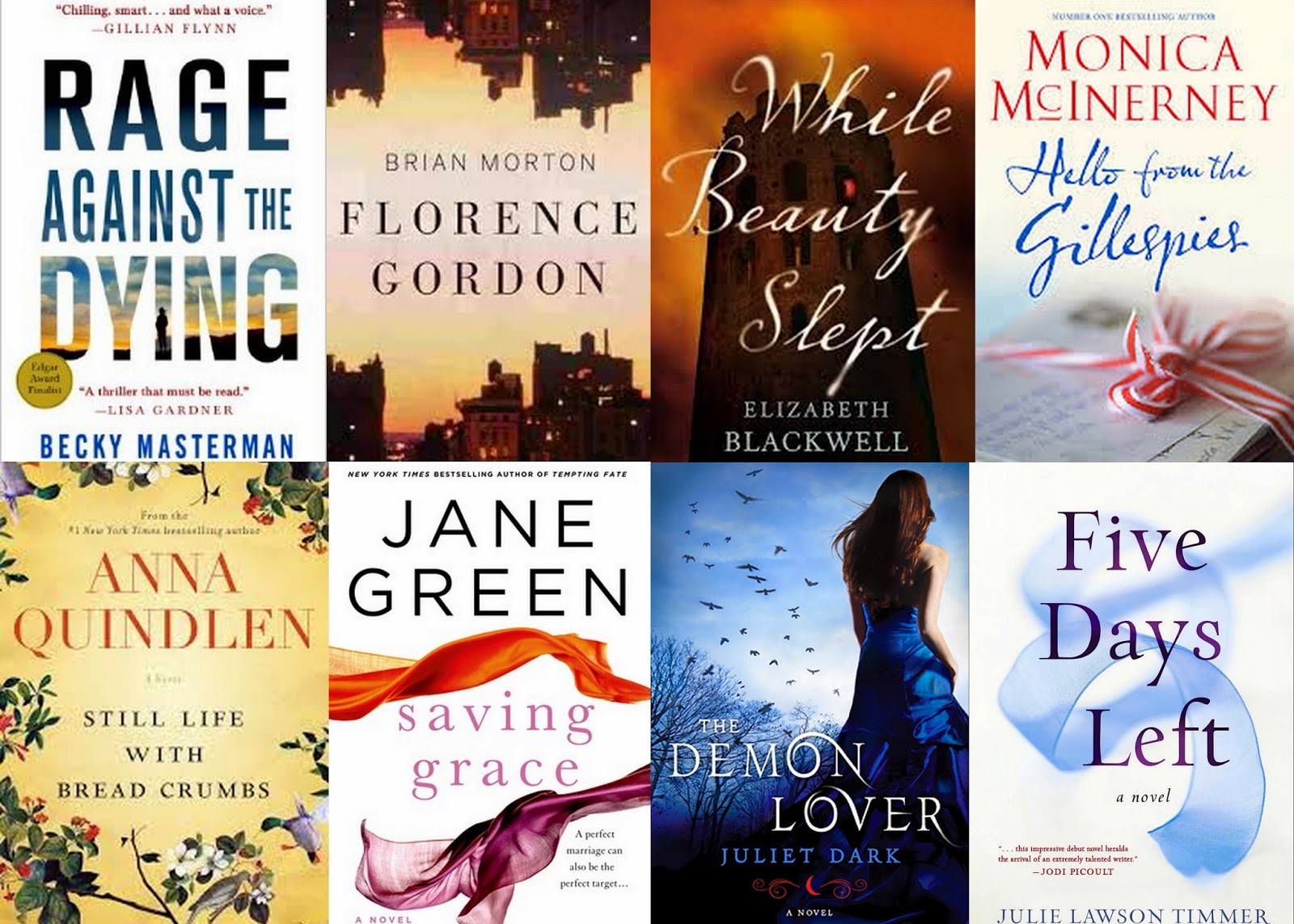 This year I decided to track my reading and my opinions. Mostly because I read so many things, I often forget why I liked something. Also, I love lists (ask my boss about my extensive to-do listing), and this tickles my list fancy. January reading fell into two categories.


Women of a certain age

Five days left by Julie Lawson Timmer - Two people decide how much they're willing to sacrifice for love. I was less interested in Scott's story than Mara's, but I did finish the book in one day, which says something, doesn't it? Mara's story is a timely one, given the coverage of the young woman who chose to end her life instead of steadily deteriorating with brain cancer. It's certainly a question I ask myself: could I pull my own plug when the quality of my life became nil? Her journey of vacillation seemed imminently real and heartbreaking.

Saving Grace by Jane Green - What happens to the menopausal wife of a literary star when her perfect life falls apart. Green sure knows the state of publishing, and any post-50 woman might identify with Grace's journey. But really, did we need all those recipes? This book was no Like Water for Chocolate, after all. Predictable ending, and it was one of those reads that made you feel like you were watching one of those schlocky horror movies where you're always saying, "Really, you're going into the dark creepy basement 5 minutes after the police tell you the homicidal maniac escaped?"

Hello from the Gillespies by Monica McInerney -  What happens when the annual Christmas letter goes amok after Mother  tells what the year was really like for a family in the Australian outback. The exploration of Mother's secret fantasy life was the most interesting. (Certainly way more interesting than the screw-ups of the family's three kids.) How often have we asked ourselves what would it be like if I marry this man and have these children in this country? The denouement of that fantasy, however, was entirely predictable for the most part. The emotional depth not much deeper than skin.The writing was OK, not great. Overall, it was the holiday equivalent of a beach read.

Florence Gordon by Brian Morton - She is a  blunt, brilliant, cantankerous and passionate, feminist icon to young women, invisible to almost everyone else. At seventy-five, Florence has earned her right to set down the burdens of family and work and shape her legacy at long last. But just as she is beginning to write her long-deferred memoir, her son Daniel returns to New York from Seattle with his wife and daughter, and they embroil Florence in their dramas, clouding the clarity of her days and threatening her well-defended solitude. I admit that I strongly identified with this crusty old female writer. This book was in the running for my favorite book of January, but the ending was disappointing. The author set up all these conflicts, and then just rung the curtain down. Like he had run out of steam or something.

Still life with breadcrumbs by Anna Quindlen - A famous photographer is transitioning toward the end of her shelf life (sales, speaking engagements, gallery shows are all down.) Needing to cut expenses, she rents out her expensive Upper West Side apartment and rents a cheaper place in a rural town in upstate New York. Although the story arc is predictable, Rebecca Winter is an amazing protagonist, and being inside the head of an artist is a good head to be inside. I particularly identified with her cool and in-charge exterior versus her white hot qualms about her creativity interior. There might be some hot cougar moments as well.

Rage against the dying by Becky Masterman - A 59 year-old ex-FBI agent, Brigid Quinn, who knows a few ways to kill a man with her bare hands, comes out of retirement. I love a good murder mystery thriller with a smart woman at the helm. (I'm a big fan of the Eve Dallas In Death books.) I really wanted to like this book. The premise excited me, but it feels trite in an "in your face" kind of way. I won't be buying book two.

The Demon Lover: A novel (Fairwick Trilogy) by Juliet Dark - Total nerd book with hot sex. An academic who studies and writes about demon lovers in literature (Heathcliff, Dracula, etc) takes a teaching position in upstate New York. The college just happens to be near a portal to the mysterious land of Faerie, and her colleagues range from ancient Babylon wind gods to witches, vampires, and fairies. Oh yeah, and she picks up an incubus lover along the way. I liked this book enough to buy the second one in the trilogy. FYI: Juliet Dark is the pseudonym of  mystery writer Carol Goodman.

While Beauty Slept by Elizabeth Blackwell - Sleeping Beauty’s story is told from the perspective of Elise, a poor farm girl who finds a place in the castle as a maid. Some reviews compare it to Gregory Maguire. She's a much better writer, even if his novel novel inspired Wicked, which is one my all time favorite musicals. The curse, Millicent, the tower, and the happily ever after all have a specific 15th century flavor that really works.

Posted by Michalea at 7:00 AM No comments: