Reblog: Commitment is the Cure–From “Aspiring” Writer to Professional Author 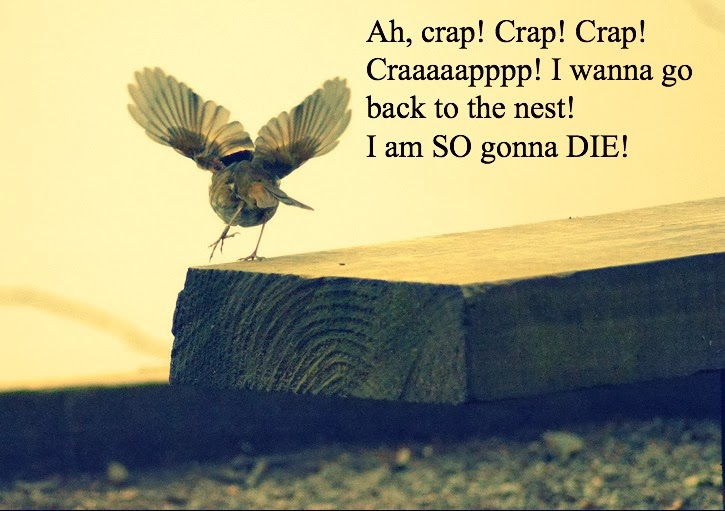 "It’s been amazing and terrifying to watch the changes in our industry just over the past six years. For generations, there was only a handful of items a writer needed to do. Write a book. Query. Get an agent. Land a deal. Hopefully continue writing more books. Though this was far simpler, there was a horrific failure rate and most writers never saw their works in print."

This post is an excellent read for those of us who are aspiring!
Posted by Michalea at 7:23 AM No comments:

Daughters of the Nile review

on both Goodreads and Amazon

Daughters of the Nile by Stephanie Dray
My rating: 5 of 5 stars

Stephanie Dray's final volume in the trilogy about Cleopatra Selene, the daughter of Mark Antony and Cleopatra, is the happy exception. Even though the actual historical facts about Cleopatra Selene are somewhat sketchy, Dray beautifully brings to life a woman who stood in the shadows of some of history's greatest legends.

If you want a love story that encompasses a heroine's journey against the  vivid background of Imperial Rome (and an exotic Roman vassal state) and a heroine who wields heka (magic) with the skill of Hermione Granger with sometimes tragic consequences, this is the book (and trilogy) for you.

Unlike many trilogies with only have enough material for one book but stretched to three to satisfy some market niche, I found myself alternately not wanting this trilogy to end and being completely satisfied with how it did end.

This third book can probably stand alone. Having read the previous two books and knowing the bones of the historical story, however, I can't say that for certain. And really, why cheat yourself out of the experience of reading all three?

If I have any complaints, and I have very few, my main one was that at times Cleopatra Selene seemed a bit strident. Of course, that made for a nice character flaw.


View all my reviews

Posted by Michalea at 3:02 PM No comments:

Thanks to all of you for your input!

As many of you know, I asked people on my Queen of Heka page which cover they liked best for Queen of Heka. The results were pretty evenly distributed, but the cover on the right was the clear choice.

I am obviously torn between the two images or I wouldn't be asking. I like them equally and for different reasons.


In case you don't remember the choices, here is the original image I posted: 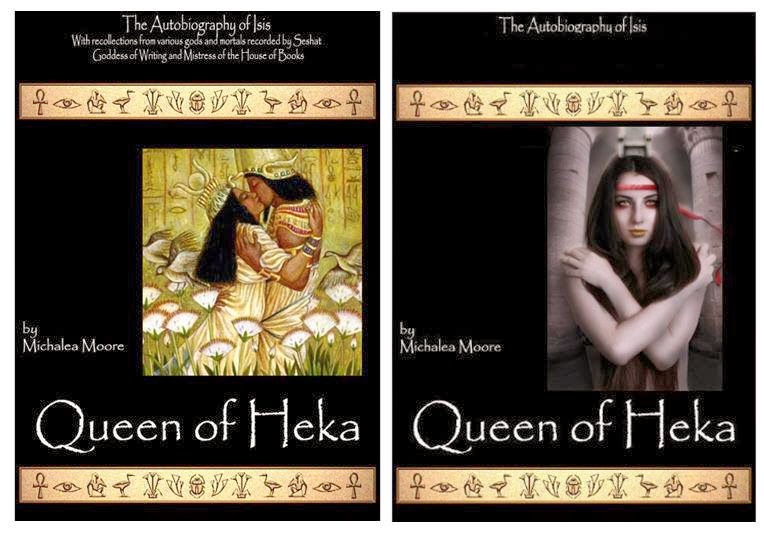 The first image has been with me a long time, and I always think of it when I need inspiration for my novel. However, one of the reasons I have always doubted whether it was the right image was best said in one of comments:

Yep. That's the problem. Or at least, it's the niggling doubt I have always had about the image.

The story of Isis and Osiris is one of civilization's great love stories. It fuels much of Queen of Heka's story line, but it is not the entire story. That is to say, the novel has romance, but it is not a Romance novel. (Not that I have anything against Romance novels; this just isn't one.)

One of the nicer results of posting the question, a free-lance graphics designer has offered to help me make the cover more professional looking. Thank you, Donna!