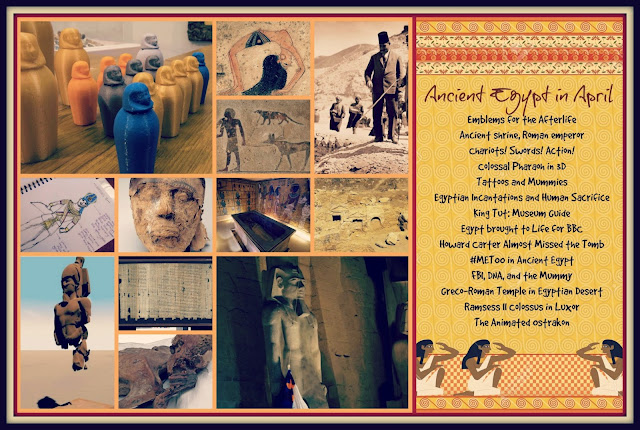 Emblems for the Afterlife

The decorated tombs of Beni Hassan, a cemetery site on the east bank of the Nile in central Egypt, not only bear the stamp of the artisans who decorated them, but also reflect the lives lived by the deceased. The tombs date to the 11th and 12th Dynasties of Egypt’s Middle Kingdom (2050–1650 B.C.) and offer some of the best-preserved examples of how artists and tomb owners conceived of the natural world. Originally surveyed between 1893 and 1900 by Egyptologist Percy E. Newberry, they are now being reexamined by a team of researchers from Australia’s Macquarie University.

Egyptian archaeologists have discovered an ancient shrine and a bust of a Roman emperor in southern Egypt, officials said on Sunday. The shrine of god Osiris-Ptah Neb, dating back to the 25th dynasty, was found in the Temples of Karnak in the southern city of Luxor.

This find has generated a lot of news:

Chariots! Swords! Action!
PROVIDENCE, R.I. — Around 1 p.m. Tuesday, the thwack of Masonite on cardboard and blood-curdling war cries will ring out across the Quiet Green as the armies of Ramesses the Great and Muwatalli II fight for control of the ancient city of Kadesh, just as they did 3,300 years ago and 5,400 miles away. 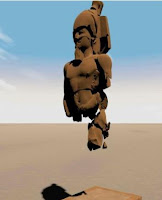 When a huge statue of a pharaoh was uncovered last year in Matariya, a working-class suburb of Cairo that was once the ancient city of Heliopolis, the press eagerly greeted it as a depiction of the great Ramses II, one of ancient Egypt's most famous rulers.

To many it came as a disappointment when a tiny inscription found on the back pillar of the statue suggested it in fact belonged to Psamtik I, a lesser-known pharaoh who ruled six centuries later, from 664-610 BC.

Egyptian mummies, hidden tattoos and the archaeologist who experiments on himself

She was pointing a digital infra-red camera at a 5,500-year-old Egyptian mummy on display at the British Museum.

"We had believed that only females were tattooed [in predynastic Egypt]. I really didn't expect anything.

Scientists have deciphered what they describe as a 1,500-year-old 'magical papyrus' that was discovered near the pyramid of the Pharaoh Senwosret I.

The text dates to a time when Christianity was widely practiced in Egypt.The  unnamed person(s) who wrote the incantations in Coptic, an Egyptian language that uses the Greek alphabet, invoked God many times.

Thanks to augmented reality technology, Cairo’s famous Egyptian Museum is set to receive a new tour guide – in the form of Ancient Egypt’s famous pharaoh, Tutankhamun.

The New Kingdom king will appear to museum visitors as a hologram at the central Tutankhamun exhibit. According to Ramy Hammady, the application designer, the pharaoh will introduce himself and show visitors his riches. The experience will require a headset, into which Hammady’s ‘Museum-Eye’ system will be integrated, and will transform the gallery into Tutankhamun’s temple. There will be a floating user interface with options of what to look at as the pharaoh takes users on a tour of his palace.

Egyptian artifacts discovered at Ancient burial sites have been faithfully recreated by 3D printing at Fab Lab Warrington. A series of canopic jars, used to preserve organs for the afterlife, and other objects were made as part of a festival held by the BBC that saw museums up and down the country come to life with new, interactive exhibits. 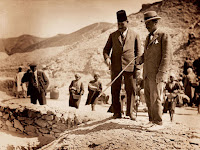 British backer Lord Carnarvon wanted to call off the search for the lost tomb of Tutankhamun after six fruitless years of searching, but Howard Carter convinced him to stick it out for one more season—resulting in the 20th century's most famous find.

A hush fell on the group of British and Egyptian observers standing at the sealed doorway on November 26, 1922. Three weeks earlier, British archaeologist Howard Carter and his team had stumbled on a rubble-filled stairway in the Valley of the Kings in Egypt.

Over three thousand years ago, a man named Paneb was one of the most accomplished workmen in a town of artisans who chiseled the pharaohs’ tombs. Yet, his corruption and treatment of women made him insufferable and may have cost him his job. It is one of the earliest known cases of powerful men brought down by charges of sexual misconduct.

Scientists from the Federal Bureau of Investigation (FBI) have solved a century-old mystery after using forensic DNA evidence to discover the identity of a 4,000-year-old head from ancient Egypt.

It took scientists a while before they realized the enormity of their discovery. Aside from the temple itself, archaeologists have also discovered a trove of artifacts, including statues, coins, and pottery.

Image Credits: Egypt Ministry of Antiquities.
The discovery was made in Egypt’s Western Desert, some 348 miles west of Cairo and 200 miles south of the Mediterranean Sea, in the Siwa Oasis. As archaeologist Sarah Parcak explained, it’s not every day that you find this kind of temple.

Ministry of Antiquities celebrations of World Heritage Day extended to Luxor as Minister of Antiquities Khaled El-Enany and Luxor Governor Mohamed Badr inaugurated a new display at Luxor Museum after the transfer of 122 artefacts from the King Tutankhamun collection at the Grand Egyptian Museum. 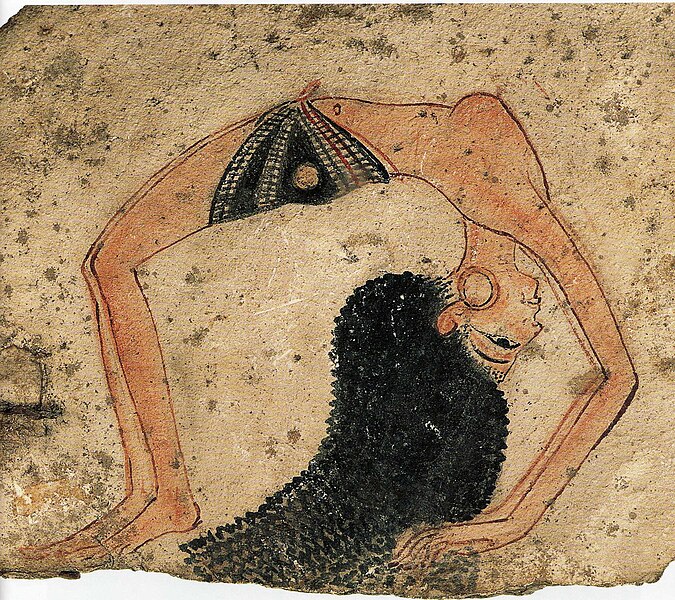 Posted by Michalea at 8:54 AM No comments: