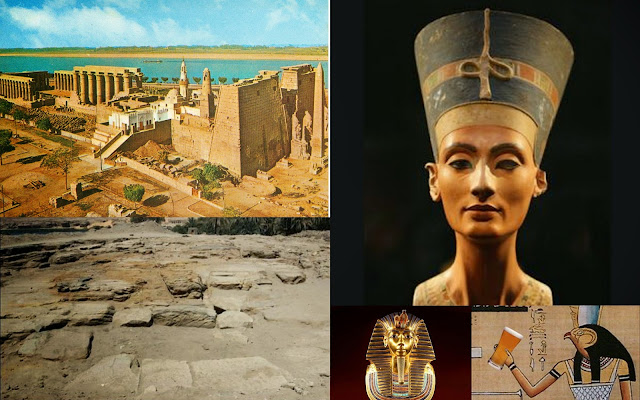 Archaeologists excavating an ancient quarry at Gebel el Silsila, dating back to the New Kingdom and Roman eras of Egypt's past, have unearthed the lost temple of Kheny. 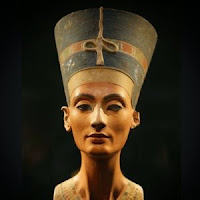 Several museums all over the world house ancient Egyptian treasures; but the iconic bust of Queen Nefertiti, currently on display at Berlin’s Neues Museum, remains one of Egypt’s top plundered artifacts.

Pharaoh on the move


A conference on the best methods of transporting the Tutankhamun collection to its new home and how the objects should be displayed was held this week at the National Museum of Egyptian Civilisation. For more on this, see Curator’s Diary 20/05/15: Discussing &Displaying Tutankhamun.

By clicking on the names on the map, you can see photos of each part of the temple. This map is part of desheret.org, one of the most comprehensive museum guides and gallery archives of ancient Egypt.

Posted by Michalea at 7:23 AM No comments: 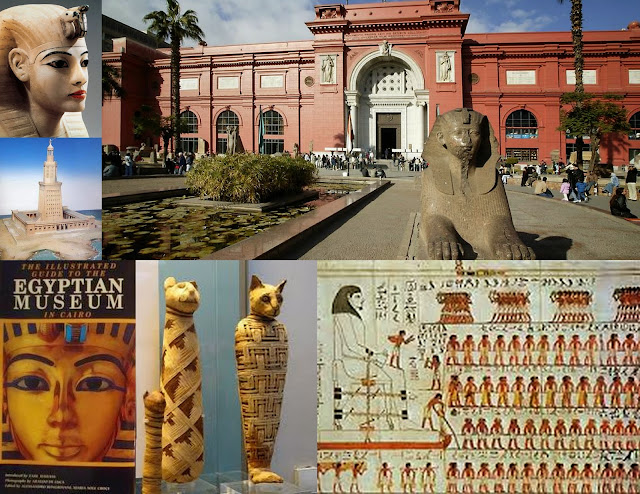 10 Beauty Secrets from Ancient Egypt
Ancient Egyptians were quite the beauty enthusiasts. Both men and women indulged in makeup, perfume, and beauty rituals they believed not only enhanced their appearance, but also had magical and religious powers. Here's  a look at how people kept themselves lookin' good 5,000 years ago.

Looters hacked out the tomb's unique scenes.
The tomb of Djehutyhotep in Deir el-Bersha, famous for its scene of a colossal statue being dragged by ropes, got looted ten days ago.

Alexandria Lighthouse to be reassembled in original location

The Lighthouse of Alexandria, one of the Seven Wonders of the Ancient World that was badly damaged by three earthquakes, will be rebuilt nearby its original location.

Review of The Illustrated Guide To The Egyptian Museum In Cairo
This guide to the Egyptian museum in Cairo is a nice size to carry around the museum, and a jewel box of colourful pictures which include some of the finest works of Egyptian art created. The introduction is by Dr. Zahi Hawass complete with very nice images of Egypt's first national museum founded in the Boulaq neighborhood of nineteenth century Cairo

If you can't get to Egypt to see the real thing, The Discovery of King Tut” exhibit at the Grand Rapids Public Museum opens to the public on Saturday. The exhibit features re-creations of ancient artifacts to the famous discovery of King Tut’s tomb back in 1922. There are more than 1,000 replicas on display. The video is kind of cool.

Posted by Michalea at 1:01 PM No comments: 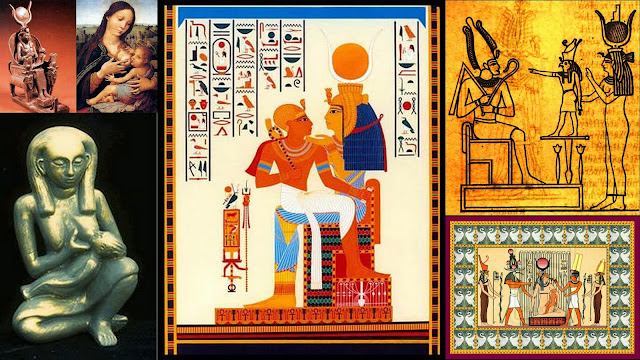 Isis is the goddess of fertility, motherhood, and wifely devotion. Her name literally means Throne. Her crown was an empty throne belonging to her murdered husband, Osiris.

Isis was one of the first Madonnas, frequently protrayed as nursing Horus, her Divine Son. She was highly venerated during the years of the early Christian church, and most scholars agree that the cult of Isis strongly influenced the cult of Mary.

As the personification of the throne, she was an important source of the Pharaoh's power, who was often depicted as her child, who sat on the throne she provided (the central picture in the collage). It's probably worth mentioning that Pharoah was known in life as the Living Horus; the heir to the throne was often called Horus in the Nest; and a dead Pharoah became Osiris.

In case you don't know the story of Isis, which is the basis for my novel, Queen of Heka, here is a short version:

Isis and her brother Osiris fell in love while they were still in their mother's womb and were married.

Osiris ascended  the throne of Egypt rather than their brother Set, who was none to pleased about this. He became further enraged when Osiris left Egypt to travel the world and left Isis in charge of the Kingdom instead of him. Set decided to get rid of his brother and take the throne for himself.  Set tricked Osiris into climbing into a wooden chest cut to fit him and then sealed the box and threw it into the Nile. Isis searched everywhere for the body and found it lodged in a tamarisk bush which had grown into a huge tree on contact with the body of the god. She broke open the chest and carried his body back to Egypt.

She placed the body in the temple and transformed herself into a kite (a small bird) and flew over the body singing a song of mourning. She then used her prodigious magical talent to conceive Heru-sa-Iset (Horus, son of Isis), whose destiny was to avenge his father and defeat Set.

Isis then implored the god Thoth for his help in resurrecting Osiris. The two deities composed the "Ritual of Life", the spell which granted eternal life after death. Set discovered their plans and stole Osiris' body, which he chopped into fourteen pieces and scattered them throughout the length and breadth of Egypt. Still Isis refused to be beaten. She enlisted the support of her sister Nephthys to find the pieces and the help of Anubis to prepared the body (in the first mummification). When the "opening of the mouth" ceremony was performed, Osiris's spirit returned to his body.

However, no spirit that passed to the land of the dead may live in the land of the living, and the other gods decreed that Osiris should become the King of the underworld.

Meanwhile Isis hid with her infant son in the marshes of the delta, protecting him until the day when he could face Set and recover his father's kingdom.

When Horus came of age he battled with his uncle. Isis used her magic to assist Horus in battle, but when the opportunity presented itself she could not kill Set, who was after all her elder brother. This enraged Horus, who promptly lopped off her head! Isis was apparently unperturbed by this turn of events  and caused a cow's head to grow on her shoulders. Fortunately for Horus, Isis forgave and continued to support him.