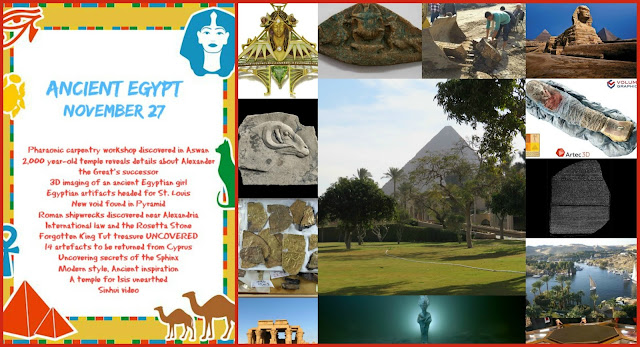 A German-Swiss archaeological mission discovered an ancient carpentry workshop in the Elephantine Island in Upper Egypt's Aswan Province, the Egyptian Ministry of Antiquities said in a statement on Thursday. 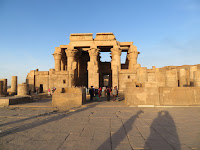 Archaeologists working at Egypt’s ancient Kom Ombo temple have found a sandstone carving dating back to shortly after the time of Alexander the Great.

According to a Facebook post by Egypt’s Ministry of Antiquities, the “architectural element” was discovered during excavations accompanying a project to lower the temple’s groundwater level.

Using the latest imaging technology, researchers have “brought to life” a little girl who was mummified in Ancient Egypt over 2,000 years ago.

Sherit, which is ancient Egyptian for “little one”, is a mummified Egyptian child who died two millennia ago. She currently lives at the Rosicrucian Egyptian Museum in San Jose, California.

For centuries it was the main port of call for trade in ancient Egypt, home to the heroes of Greek legend and a place where titles and power were bestowed on new pharaohs.

The Egyptians called it Thonis. The Greeks called it Heracleion. But for all the ancient texts mentioning it, for more than 1,000 years there were no artifacts, nor any sign on land of the ancient metropolis. 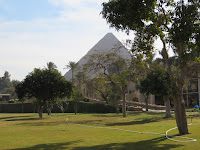 Archaeologists have announced their discovery of a large void within the Great Pyramid of Giza, also known as Khufu’s Pyramid. The find was described as an “exciting new discovery, and potentially a major contribution to our knowledge about the Great Pyramid” by Peter Der Manuelian, Professor of Egyptology and Director of the Harvard Scientific Museum. The existence of this void has sparked renewed curiosity about the Egyptian pyramids.

Three Roman shipwrecks and an ancient Egyptian votive bark to the god Osiris were discovered earlier this week on the Mediterranean seabed near the Egyptian city of Alexandria, along with a collection of smaller artefacts.

n a question and answer session before parliament on Monday, Minister of Antiquities Khaled El-Enany said he regrets that the ministry has not so far been able to recover all Egyptian antiquities smuggled abroad.

"The UNESCO agreement which Egypt signed in 1970 stipulates that an ownership document is a prerequisite in order to be officially able to recover smuggled antiquities," said El-Enany, adding that "for this reason, we have not been able to recover the Rosetta Stone which was smuggled into England in the 19th century."

Almost 100 decorative fittings for bow cases, quivers and bridles were found inside the container and they are believed to be from as far away as Syria.

Their story can finally be told after they lay in a wooden container for more than 90 years after being discovered by Brit archaeologist Howard Carter in 1922.

14 ancient Egyptian artefacts including amulets, vase, to be returned from Cyprus

The Egyptian embassy in Cyprus is set to receive a collection of 14 artefacts that have been stolen and illegally smuggled out of the country within a matter of days, an Egyptian antiquities official has said.

When Mark Lehner was a teenager in the late 1960s, his parents introduced him to the writings of the famed clairvoyant Edgar Cayce. During one of his trances, Cayce, who died in 1945, saw that refugees from the lost city of Atlantis buried their secrets in a hall of records under the Sphinx and that the hall would be discovered before the end of the 20th century. 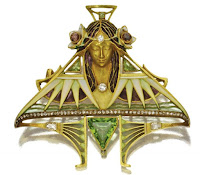 Over the past two centuries, Egyptian art has inspired jewellers to create works of great beauty, combining ancient fashion with a modern twist.

The 18th-century European travellers were fascinated with Egypt, its mysterious history, opulent arts and grandiose sites. These travellers often returned home with notes and drawings recording what they had seen, but although their accounts represented the start of Europe’s interest in Egypt, they weren’t the spark that truly inspired European jewellers to work in Egyptian styles. In fact, it was Napoleon Bonaparte’s 1798–1801 military campaign that led Europe to finally discover ancient Egyptian civilization.

A temple for Isis dating back to Ancient Egypt era unearthed

An official mission of archaeological experts unearthed the foundations of a temple for Isis in Tell Atrib located in Banha city, the capital of Qalyubia Governorate.

The foundations of the temple carried many inscriptions and portraits for Isis and Horus and the remains of many of the temple’s walls.

Antiquities Minister, Khaled al-Anany, inaugurated on Wednesday a temporary exhibition at the Egyptian Museum displaying Tutankhamun’s golden flakes in public for the first ever time.

Posted by Michalea at 6:50 AM No comments: