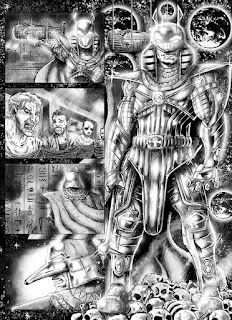 Inside El3osba, Egypt's Superhero Comics
Credit: El3osba
His cape billowing behind him, a cowled crimefighter flees from police by leaping and bounding over cars in a crowded metropolis rife with corruption an injustice. Sound familiar? The story takes a sharp turn once the cops eventually capture the hero and treat to him to brutal beating back at the station.

This isn't the kind of world we're used to seeing our superheroes normally operate in. These aren't the streets of NYC or a fictionalized Western metropolis; this is Cairo, Egypt, and the caped crusader skirting the law and being beaten in a police station is the reincarnated ancient Egyptian god Horus. 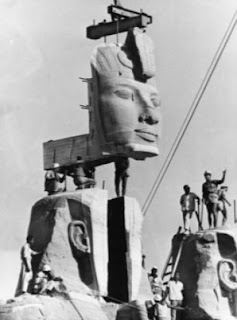 Effort to Save Egypt's Abu Simbel Temples in 1960s Recalled

Egyptologists and other experts gathered in Italy this week to celebrate a successful campaign to save ancient Egyptian temples from being submerged by a dam project 50 years ago and heard of cultural sites facing similar threats now.

The international campaign that saved the temples of Abu Simbel during construction of Aswan High Dam was remembered in Turin as an unprecedented engineering achievement and a turning point that made the preservation of cultural treasures a responsibility that cut across borders. 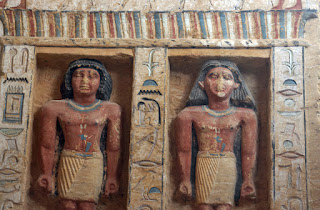 Perhaps, the world’s oldest civilization, Egypt, has been around for more than 5,000 years; subsequently, our ancestors and those who came after have left us relics and monuments, commemorating their existence, leaving their mark.

Pharaonic Egypt, the ancient Egyptian civilization that spanned over 3,000 years, was followed by Persian Egypt, under the rule of the Achaemenid Empire, and then the Ptolemies followed by the Romans. In other words, Egypt has been a historic, as well as cultural, melting pot, and now, all around us from Aswan to Alexandria, Egyptian cities are awash with a tinge of historic landmarks.

In recent months, more and more groundbreaking discoveries are surfacing, with the Ministry of Antiquities, sponsoring excavations and encouraging archaeologists to uncover Egyptian history. 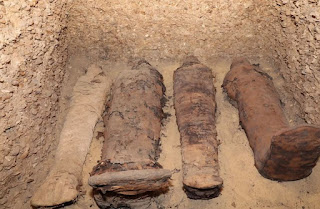 Maze of Tombs in Egypt Holds Many Mummies Dating Back 2,300 Years
Credit: Egypt's Ministry of Antiquities

Archaeologists have discovered a maze of tombs in Egypt holding tens of mummies, of all ages, possibly dating back to the Ptolemaic dynasty, which lasted from 305 to 30 B.C.

The mummies, which likely belonged to a family from the elite middle class, were discovered at the Egyptian archaeological site called Tuna el-Gebel, which lies to the west of the Nile River, the Egyptian antiquities ministry announced. The burials date back to a line of rulers descended from Ptolemy Soter, who was one of Alexander the Great's generals. (Cleopatra VII was the last of the Ptolemaic rulers; in 30 B.C., after her forces were defeated by Roman emperor Augustus, she killed herself.)

Mummified Proportionate Dwarfs from the Valley of the Kings

Proportionate dwarfism represents a form of harmonically short stature (lower than 150 cm), mostly caused by congenital deficiencies of the pituitary gland. The condition is well known in the modern world, but its antiquity is far from clarified. Three cases have so far been reported: a female skeleton from the 4th century CE in Roman Britain, and two more from the Americas. Regarding Ancient Egypt, there are some controversial or insufficiently substantiated diagnoses, including in the remains of Seneb (described by John Garstang [1876–1956] in 1907, and dating back to the end of the fifth dynasty, circa 2400 BCE), in a skeleton from the tomb complex of King Djer (first dynasty, circa 2980 BCE), and in nine abnormal skulls from the third dynasty (circa 2700 BCE).
Posted by Michalea at 8:26 AM