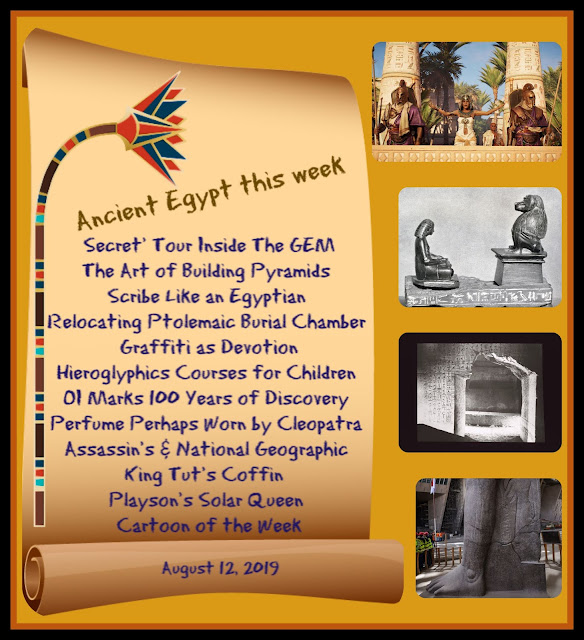 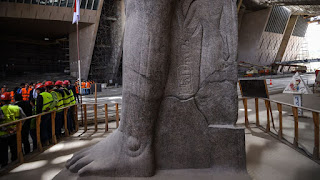 A 'Secret' Tour Inside The Long-Awaited Grand Egyptian Museum

When it finally opens, Cairo's Grand Egyptian Museum will be the largest museum dedicated to a single civilization.
Standing just two kilometers away from the pyramids of Giza, the monument, which will house some of Egypt's most precious relics, is expected to attract around five million visitors a year.
More than a decade in the making, and with its opening being pushed back once again in 2018, there's one "secret" way travelers can visit the 5.2-million-square-foot structure before it officially launches in 2020.
A private behind-the-scenes tour is currently in operation -- albeit with a $250 price tag. 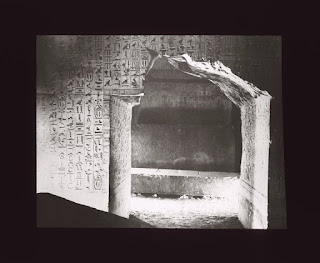 Peak Practice – The Art of Building Pyramids
A lantern slide showing inscriptions on the walls of the burial chamber of the pyramid of Unas. Brooklyn Museum

The pyramids at Giza, the three monuments built for kings Khufu, Khafre, and Menkaure from c. 2470–2396 BC, have come to symbolise the achievements of ancient Egypt. But the recent opening to the public of the ‘Bent Pyramid’ at Dahshur, 30 km south of Cairo, has brought attention to an important reality: most pyramids aren’t as gigantic as the famous ones at Giza, or as well constructed. Over the years, there was quite a bit of variation and experimentation in their design. 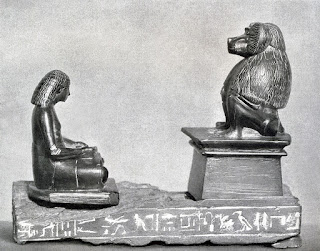 In ancient Egypt, literacy was the key to success. However, contrary to popular belief, not all Egyptian scribes understood hieroglyphs. Many relied instead on the simpler hieratic script for the multitude of everyday documents generated by the Egyptian bureaucracy.

Hieroglyphs – ‘the Words of God’ – compose a writing system with more than 1,000 distinct characters, the meaning of which was lost for 1,500 years before they were deciphered by Jean-François Champollion in 1823. Including both ideograms (which convey a whole word or idea, either concrete or abstract, in a single sign) and phonograms (representing either an alphabetic sound or a group of consonants), it was used in formal inscriptions on tomb and temple walls as well as on elaborate funerary papyri. For everyday purposes, however, scribes used a shorthand version of the hieroglyphic script known as hieratic, which was quicker to write and more economical of space. The two writings existed side by side for at least 2,500 years. 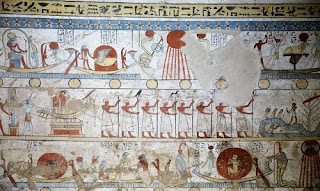 The Ministry of Antiquities’ decision to relocate the well-preserved Ptolemaic burial chamber stirred a wave of controversy. The tomb, discovered earlier this year, is scheduled to be relocated from Al-Dayabat archaeological site in Sohag governorate to the New Administrative Capital’s museum. 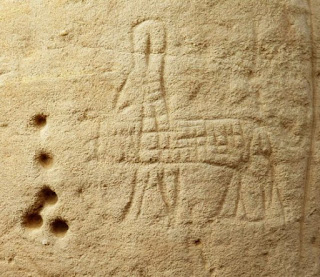 The Kelsey’s next special exhibition, Graffiti as Devotion along the Nile: El-Kurru, Sudan, will open on August 23, 2019. This show presents ancient and medieval graffiti discovered at a temple and pyramid at the site of El-Kurru in northern Sudan. Exhibition co-curators Geoff Emberling (co-director of the El-Kurru project and associate research scientist at the Kelsey) and Suzanne Davis (conservator at El-Kurru and associate curator for conservation at the Kelsey) sat down recently to discuss graffiti at El-Kurru. 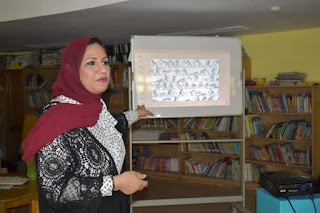 Out of a belief in the need to connect new generations to their history and instill within them a love for ancient Egyptian civilization, the Ministry of Antiquities 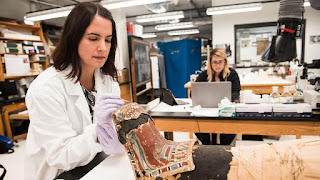 OI Marks 100 Years of Discovery in Ancient Middle East
Photo by Jean Lachat
A century ago, a few lone scholars began arguing a controversial idea: Western civilization had its roots not in Greece and Rome, as academics had maintained for centuries, but further back—in the sun-drenched lands of the ancient Middle East.

That idea was at the center of the Oriental Institute at the University of Chicago when it was founded in 1919. Over the course of the next 100 years, the OI has changed how humans understand their own history through groundbreaking work in archaeology, linguistics, and historical and literary analysis—work that continues today in Chicago and across the Middle East. 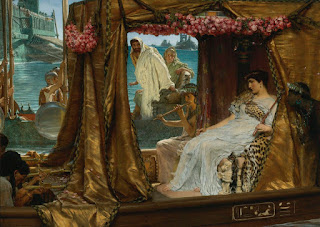 IF CLEOPATRA WANTED TO WOO you, you’d smell her before you ever saw her. Legend has it that when she first visited Marc Antony in Tarsus, she coated the purple sails of her golden boat in a fragrance so pungent that it wafted all the way to shore. As Shakespeare wrote, Cleopatra’s sails were “so perfumèd that the winds were lovesick with them.” It does sound a bit extra, but, honestly, who wouldn’t want to catch a whiff of Egypt’s most famous queen? 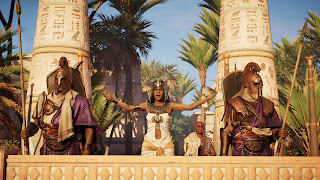 When it comes to learning and education in the real world, there are various methods and mediums to make the learning process easier and fun. Creating interactive and educational video games is one of them. The internationally renown Minecraft franchise received critical-acclaim for its family-friendly entertainment.  As the series continued to grow, so did its reach, eventually branching out and creating a learning tool. Similarly, the Assassin’s Creed series have done the same, going as far as the National Geographic Museum in Washington, DC.

According to a Reddit post by Giantmills, the National Geographic Museum used gameplay footage from Assassin’s Creed Origins in their ancient Egyptian exhibit called “Queens of Egypt,” showcasing what researchers believe the everyday life of the inhabitants were like during at the time. 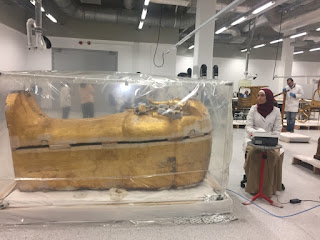 Egypt is restoring one of King Tutankhamen’s coffins for the first time since its discovery in 1922, part of the preparations for next year’s opening of the country’s lavish new museum overlooking the Pyramids of Giza, where the relics from the boy king’s tomb are expected to be the biggest draw.
Restorers at the laboratory for wooden objects at the Grand Egyptian Museum have begun fumigating the gilded coffin, after it was carefully moved from Tutankhamen’s tomb in Luxor’s Valley of the Kings in southern Egypt amid tight security last month. 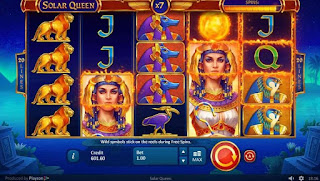 Solar Queen slot game is an Egyptian-themed adventure from leading playmaker, Playson. This entertaining slot machine game is peppered with visually stunning imagery, and crisp casino audio. Players are instantly transported to an ancient land of mysticism and magic.

Cartoon of the Week