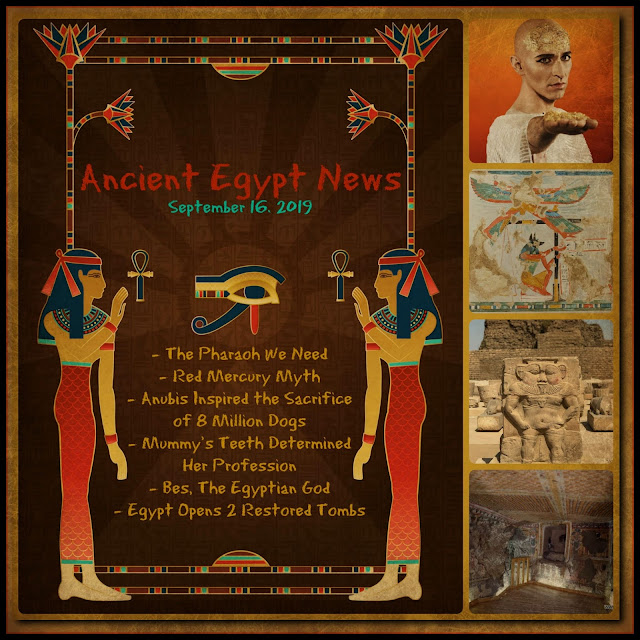 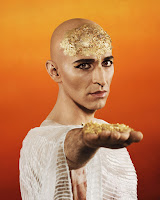 At the heart of Egypt’s ancient history is the 14th-century-BCE pharaoh Akhenaten, a leader depicted with full lips, a long nose, and evident breasts. At the heart of the visual cornucopia in Philip Glass’s 1983 opera Akhnaten is Anthony Roth Costanzo, a slender singer with full lips, a long nose, and a voice so high and clear it seems implausible coming from a man’s throat. There’s a lot of uncertainty around the historical figure, who is almost as famous for the woman he married (Nefertiti) as for his own accomplishments, which were considerable. 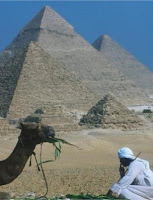 Red Mercury': Why Does This Strange Myth Persist?


For centuries rumours have persisted about a powerful and mysterious substance. And these days, adverts and videos offering it for sale can be found online. Why has the story of "red mercury" endured?

Some people believe it's a magical healing elixir found buried in the mouths of ancient Egyptian mummies. 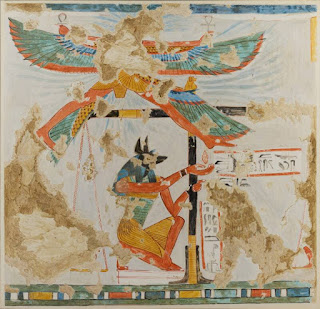 Anubis: The Ancient Egyptian God That Inspired The Sacrifice Of 8 Million Dogs
Metropolitan Museum of Art

The symbol of Anubis, a black canine or a muscular man with the head of a black jackal, the ancient Egyptian god of the dead was said to oversee every aspect of the process of dying. He facilitated mummification, protected the graves of the dead, and decided whether or not one’s soul should be granted eternal life.

Strange that a civilization known to worship cats should come to personify death as a dog. 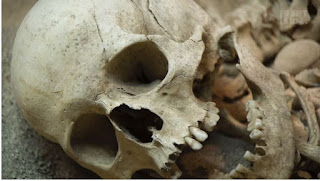 Through Studying The Teeth Of This Woman's Mummified Remains, Scientists Have Determined Her Profession In Ancient Egypt

By analysing the dentistry of a woman who lived in Ancient Egypt, archaeologists have made a surprising discovery: her unusual profession. Take a look at the video above for all the details...

With this incredible discovery, archaeologists have gone from surprise to surprise. A short time ago, a team of scientists from the University of Alberta, in Canada, analysed the teeth of a woman who lived 4000 years ago, in Ancient Egypt. From this study, they learnt a lot more than they expected. 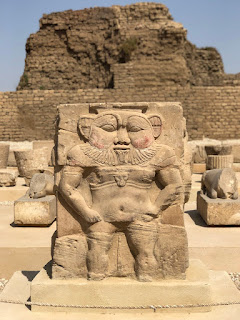 We liked him instantly — perhaps because he’s so unlike all of the other gods and goddesses of Ancient Egypt we had seen carved onto temple walls and painted in the dark, narrow tombs. And since most of those deities feature animal heads, that’s saying something.

Even so, Bes is perhaps the most unique character in the Ancient Egyptian pantheon. I’d try to come up with my own colorful description, but once Duke read this to me, I figured why bother? I can’t top Alastair Sooke’s write-up in Frieze, who describes this “grotesque little fellow” so evocatively. 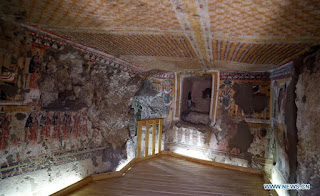 The work on the tombs was carried out by an Egyptian-US team at a royal cemetery near the Valley of the Kings.

The restored walls of the tombs bear vivid drawings. One of them also contains statues of its owner, a priest, and his wife sitting side by side.

To see photographs of the tomb, click here.
Posted by Michalea at 8:07 AM