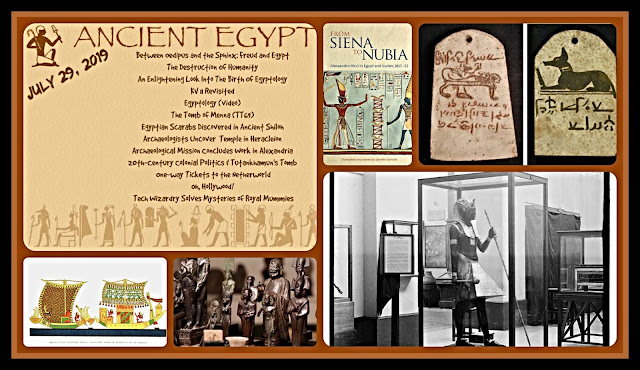 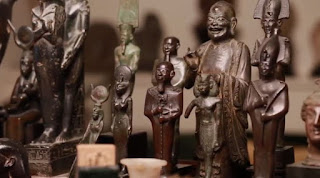 Between Oedipus and the Sphinx: Freud and Egypt

This new exhibition explores Freud’s enduring fascination with Egypt evident both in his writings and in his collection of antiquities.

A painting of Oedipus’ encounter with the Sphinx famously hung beside Freud’s couch. Nobody doubts the significance of Oedipus to the development of Freud’s thought but the presence of the Sphinx reminds us of his less celebrated interest in Egyptian culture. Egyptian artefacts form the largest part of Freud’s collection and lie behind his ‘archaeological metaphor’ – one of his most productive methods for exploring the psyche and developing the practice of psychoanalysis.

The Destruction Of Humanity

We are fortunate to have many surviving pieces of Egyptian literature and religious writings, allowing us to translate, read, and share stories that were originally composed in the ancient past. We have previously looked at the story of Osiris and Isis, one of the most famous tales from ancient Egypt. Today, we’re going to be looking at a very different tale, however – one known amongst Egyptologists by the rather unusual name, “the Myth of the Heavenly Cow”.

Book Review: An Enlightening Look Into The Birth Of Egyptology

Alessandro Ricci’s travels to Egypt and Sudan took place a few years before the birth of Egyptology in 1822, the year Jean-Francois Champollion deciphered the hieroglyphs. His work, a detailed account of his journeys enriched with beautiful drawings of ancient monuments, was never published in his lifetime. Ricci is little known today yet his contemporaries, including Champollion, unanimously acknowledged the artistic qualities of his work, essentially epigraphic copies of reliefs, temple decorations and inscriptions.

KV 11 Revisited
Two of the ships depicted in Room Bb of the tomb. Frontispiece of the 1978 edition of Wilkinson’s The Manners and Customs of the Ancient Egyptians, Vol. II.


The tomb of Ramesses III (KV 11) is one of the most renowned places in the Valley of the Kings, but also one of the most threatened by progressive decay. After several floods, between 1885 and 1914, a major part of the wall decoration was lost forever. Although it has been one of the most frequently visited tombs since antiquity, it still remains unpublished. Nevertheless, it is possible to reconstruct a substantial part of the decoration from the notes, drawings and squeezes produced by early travellers and researchers. “KV 11 revisited” is part of The Ramesses III (KV 11) Publication and Conservation Project.


From Cairo to Luxor, Egyptologists are working alongside physicists and engineers to try to solve the secrets of the pharaohs. Using non-invasive exploration techniques which won’t damage the monuments, teams of researchers began scanning Egypt’s pyramids in October 2015. 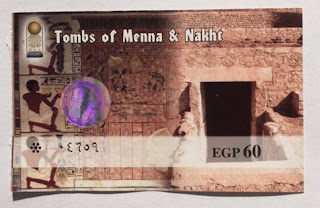 The tomb of Menna (Theban Tomb 69, or TT69), is one of the most beautiful of the “Tombs of the Nobles” on the West Bank at Luxor, but is not a part of the regular “tourist trail”, meaning that you’ll almost certainly be able to visit it in peace and quiet.

Note: I love the tickets to sites in Egypt, shown to the left here. Every time I go, I bring home a collection. 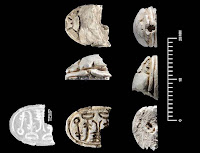 A rare Egyptian scarab seal, possibly belonging to a senior Egyptian official, was found at the Tel Shiloh archaeological site in Samaria. Archaeologists estimate it is 3,000 years old.

The scarabs were carved in the shape of a dung beetle, a creature of cosmological significance in ancient Egypt. Numerous scarabs have been found in archaeological excavations in Israel. 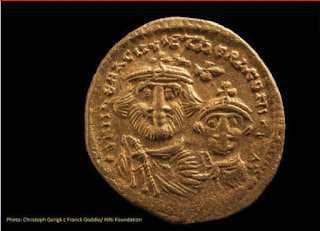 Marine archaeologists probing sunken ancient Egyptian settlements have discovered the remains of a temple and several boats containing treasures like coins and jewelry.

Egyptian and European researchers spent two months probing the remains of Heracleion and Canopus off the coast of the Nile Delta, Egypt's Ministry of Antiquities reported. They used a sophisticated scanning device to uncover new parts of the ancient settlements. 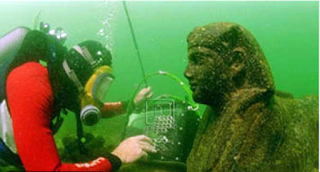 The Egyptian-European Archaeological Mission of the European Institute for Underwater Archaeology concluded its archaeological season at the ruins of the ancient Greek cities Heraklieon and East Canopus in Abi Qir Bay, Alexandria. The mission had been operating for almost two months.

Ehab Fahmy, head of the Central Department of Sunken Antiquities, said that the mission used the latest scanning devices to capture images of archaeological remains buried beneath the seabed.

If you want to see the photos I took of the exhibition based on the exploration of this site, see Sunken Cities: Egypt's Lost Worlds. 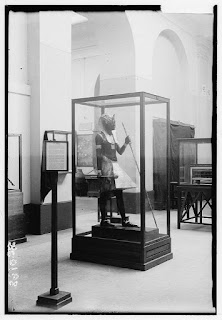 How 20th-Century Colonial Politics Shaped the Story of Tutankhamun's Tomb
One of the guardian statues from the tomb of Tutankhamun on display in the Egyptian Musuem, Cairo, in the 1930s. Library of Congress.

The discovery of Tutankhamun’s tomb was never photographed. This will come as a surprise to archaeology enthusiasts familiar with photographs like the one  often identified as Howard Carter caught in the moment of opening the tomb in November 1922.

In fact, the photo dates to early January 1924, the second winter Carter and his colleagues spent working in the jam-packed tomb. We might imagine that Howard Carter is kneeling to look in awe at the face of Tutankhamun, or at least something suitably gold and glorious. In fact, Carter was looking at the still-closed doors of another shrine inside and he was dazzled, not by gold, but by (as he put it) the “mystic mauve” glow of photographic reflectors just out of shot. Held by unnamed Egyptian co-workers, those reflectors were required by the tomb’s official photographer, Harry Burton, to bounce electric lamplight around the cramped, dark space and yield the desired effects of light and shadow. 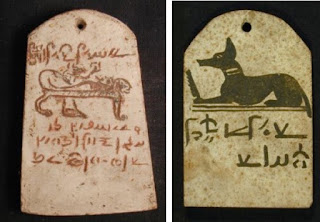 On 26th April of the 24th year of reign of an unspecified Roman emperor (probably Commodus, which equals the year 184 AD), a modest Egyptian priest named Bes, son of his namesake and a lady called Tadinebhau, died in Pernebwadj, a provincial town in Middle Egypt—then a remote region within the vastness of the Roman empire. We know almost the precise address in Pernebwadj at which Bes had resided during his lifetime, within the town’s ‘tenth quarter’. Such detailed information stems from neither an inscription on Bes’ tomb walls nor a papyrus, but from a much more unassuming object: his mummy label (UC 45626).

Unpublished backstage photographs from The Ten Commandments by Cecil De Mille in 1956 in the area of Deir El Bahari. 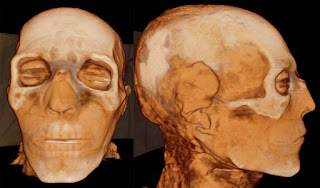 ROUGHLY 400 MILES from the Great Pyramids, ancient pharaohs of the New Kingdom lay at rest in the Valley of Kings. Nondescript chambers built into the valley's dusty hills hold royal remains, buried between 1550 and 1070 BC. The crypts were designed to deter robbers, and for the most part, they worked—which makes it difficult for today’s archaeologists to find them and identify their inhabitants.

But new techniques are giving researchers a better look into the tombs.
Posted by Michalea at 7:40 AM