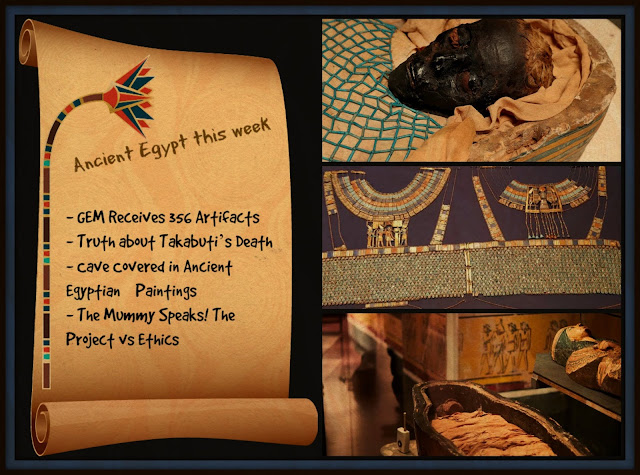 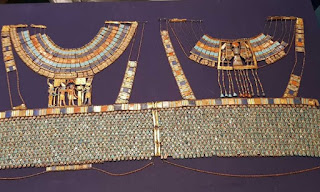 Director General of the Grand Egyptian Museum for Antiquities affairs Dr. Al-Tayeb Abbas, said that the one of the most important of these artifacts is a statue of god Ptah, whose weights range between 5 and 6 tons, which will be displayed on the grand staircase within another distinguished group of royal statues. 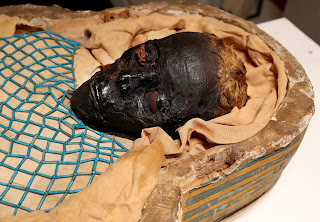 Takabuti, the famous ancient Egyptian mummy on display at the Ulster Museum, suffered a violent death from a knife attack, a team of experts from National Museums NI, University of Manchester, Queen’s University Belfast and Kingsbridge Private Hospital have revealed.

The team, whose findings are made public on the 185 year anniversary of Takabuti’s unwrapping in 1835, also show that her DNA is more genetically similar to Europeans rather than modern Egyptian populations. 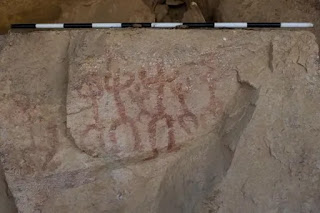 A chance encounter has led to the discovery of a small sandstone cave in the middle of the Sinai in Egypt. The cave is colorfully decorated with paintings of people and donkeys, some of which date back to 10,000 BCE.

Egypt's Ministry of Tourism and Antiquities say they have now finished documenting all the the inscriptions, announcing the news via Facebook. According to the ministry, the cave was discovered by chance approximately 30 kilometers (19 miles) north from the city St. Catherine and 60 kilometers southeast from the Hathor temple Sarabit el-Khadem following the advice of a "desert adventurer." 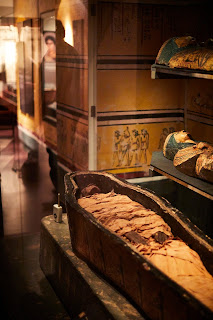 The Mummy Speaks! Hear Sounds From the Voice of an Ancient Egyptian Priest
Credit...Leeds Museums and Galleries

In life, Nesyamun was an Egyptian priest who sang and chanted words of worship at the Karnak temple in Thebes. In death, he was ritually mummified and sealed in a coffin with the inscription “Nesyamun, true of voice.” Now, some 3,000 years into the afterlife and with the aid of a 3-D-printed vocal tract, Nesyamun can once again be heard.

“He had this wish that his voice would somehow continue into perpetuity,” said David Howard, a speech scientist at Royal Holloway, University of London.

And you would be remiss not to read the counterpoint to this "discovery." Attempts to Reconstruct a Mummy’s Voice Are Cursed, which makes the argument after a group of British researchers claimed to synthesize the voice of Egyptian priest Nesyamun’s 3,000-year-old remains, it leads to questions about the ethics of Egyptology.