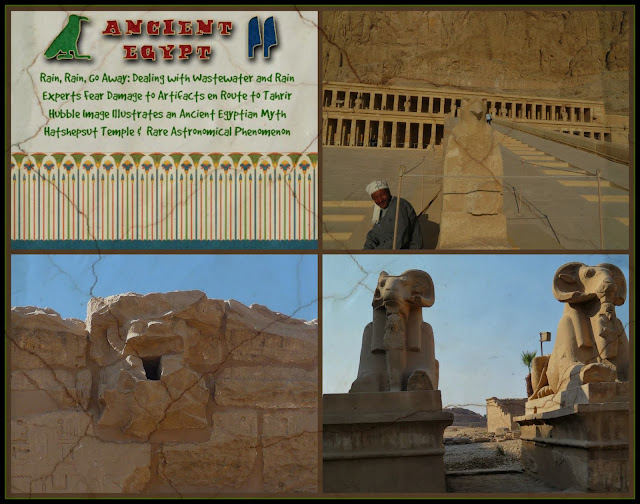 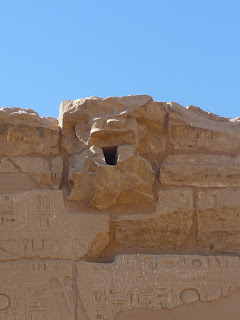 An efficient drainage system for rain and wastewater is important for every complex society. Even today, water discharge is a central issue in Egypt, especially in the global metropolis Cairo. While irrigation is frequently discussed in Egyptology, dewatering systems are only rarely investigated.

No known depictions or textual sources mention dewatering systems, but there are a variety of archeological finds that elucidate the range, innovation, and high quality of ancient Egyptian engineering skills long before the arrival of Roman water management techniques.

Egyptian methods for dewatering in temples, tombs, and houses are well attested from the middle of the 3rd millennium BCE onward. For example, dewatering systems are used for rain as well as wastewater from bathrooms and kitchens, and there is evidence for these systems in houses, temples, and tombs. Moreover, used water also had to be removed from industrial sites such as those used for dyeing, washhouses, and mummification workshops, since considerable amounts of water were necessary during the embalming process. 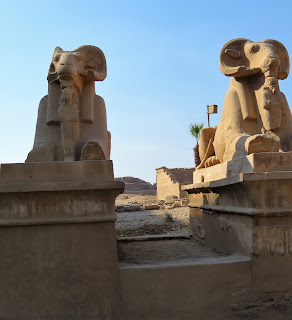 Egypt's recent decision to transport ancient Pharaonic artifacts to a traffic circle in the congested heart of Cairo has fueled fresh controversy over the government's handling of its archaeological heritage.

Cairo has some of the worst air pollution in the world, according to recent studies. Archaeologists and heritage experts fear vehicle exhaust will damage the four ram-headed sphinxes and an obelisk, currently en route to their new home in Tahrir Square. 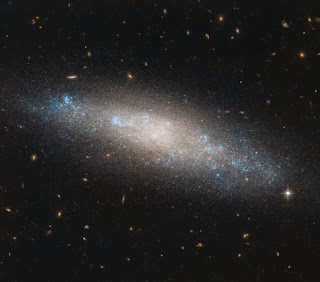 This unusually named constellation took its title from an Egyptian queen who ruled from around 250 BC. The Hubble astronomers explained the myth for which the constellation is named: “The story of Queen Berenice II is an interesting one,” the astronomers said. “A ruling queen of the ancient Greek city of Cyrene in modern-day Libya, and later a queen of Ptolemaic Egypt through her marriage to her cousin Ptolemy III Euergetes, Berenice became known for sacrificing locks of her hair as an offering to ensure her husband’s safe return from battle. Her husband did indeed return safely and her hair, which she had left in a Zephyrium temple, had disappeared — it had apparently been stolen and placed among the stars 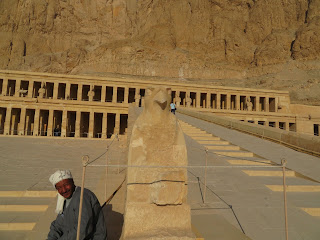 Tourists in Egypt flocked to Queen Hatshepsut Temple on Monday to witness the sun fall perpendicular on the holy shrines of the ancient monument, a unique astronomical phenomenon marking the ancient Egyptian festival of the Goddess Hathor.

A group of Japanese tourists visited the temple, which is located west of Egypt’s Luxor, in order to witness the phenomenon, with dozens of visitors from countries around the world taking photos inside the complex.
Posted by Michalea at 4:50 PM