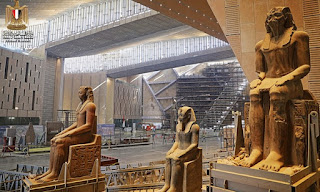 Ministry of Tourism and Antiquities announced that about more than 90 percent of the Grand Egyptian Museum work was finalized. GEM is expected to be inaugurated in the last quarter of 2020.

The inauguration of the Grand Egyptian Museum is one of the main events that Egypt and the whole world is waiting for in 2020.

About 49,603 artifacts were moved to the Grand Egyptian Museum so far. 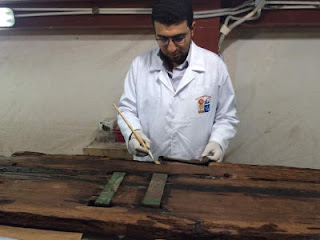 In the scorching heat of the Giza plateau, the Egyptian Ministry of Antiquities and a team from Waseda University in Japan are engaged in the daunting task of lifting a 4,700-year-old wooden ship from a pit in the ground, just a few meters south of Khufu’s great pyramid.

This is no ordinary excavation; the wooden pieces from the 42-meter-long boat are so delicate that the archaeologists cannot simply remove them from the ground without extensive onsite conservation.

Here's a picture in 2017 I took of the first solar boat at the Solar Boat Museum. If you go to Egypt, plan to visit the museum, which is right outside the Great Pyramid. 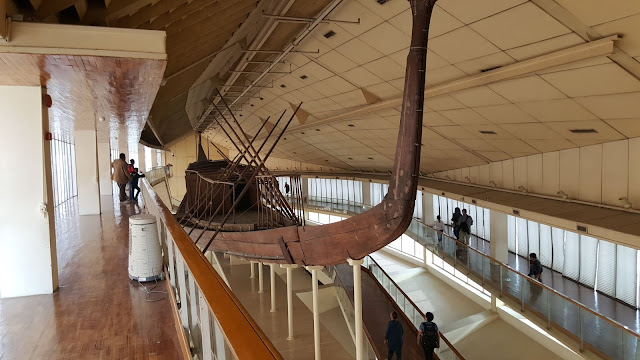 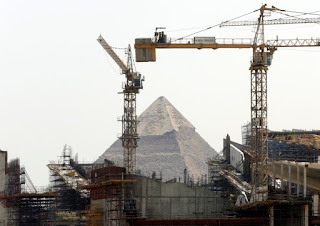 Moreover, the museum’s initial ticket pricing for foreigners has been set to 400 EGP ($US 25), 200 EGP for students ($US 12.5) according El Watan and Daily News Egypt.

How Cleopatra Became a Canvas for Society's Anxieties
Wikimedia Commons

Two-thousand years after her death, Cleopatra continues to enthrall us. Earlier this year, the British tabloid The Daily Star reported that a new movie about this last Pharaoh of Egypt was in the works. According to an anonymous source, the movie will be "a dirty, bloody, political thriller told from a feminist perspective," as opposed to the movie Cleopatra of 1963 starring Elizabeth Taylor, which had been a historical epic. 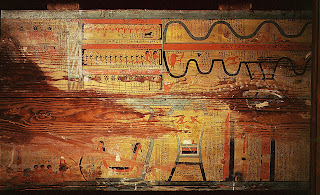 An Afterlife So Perilous, You Needed a Guidebook
Werner Forman/Universal Images Group, via Getty Images

Archaeologists unearthed the remains of a 4,000-year-old “Book of Two Ways” — a guide to the Egyptian underworld, and the earliest copy of the first illustrated book.

When it comes to difficult travel, no journey outside New York City’s subway system rivals the ones described in “The Book of Two Ways,” a mystical road map to the ancient Egyptian afterlife.

This users’ guide, a precursor to the corpus of Egyptian funerary texts known as “The Book of the Dead,” depicted two zigzagging paths by which, scholars long ago concluded, the soul, having left the body of the departed, could navigate the spiritual obstacle course of the Underworld and reach Rostau — the realm of Osiris, the god of death, who was himself dead. If you were lucky enough to get the go-ahead from Osiris’ divine tribunal, you would become an immortal god. 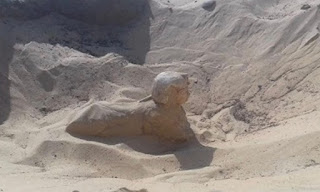 Over the last two years, a large number of new discoveries in Egypt have grabbed the world’s attention. Egypt Today Magazine will provide its readers with a capsule of all the discoveries that occurred in 2019.

This is from The Tears of Re, Beekeeping in Ancient Egypt by Gene Kritsky.