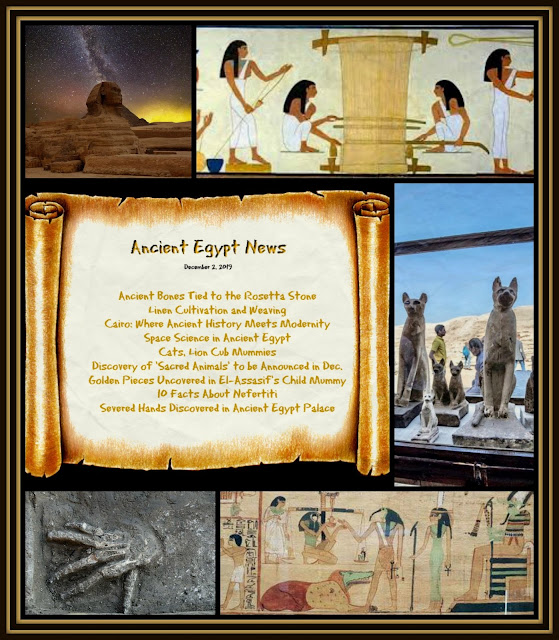 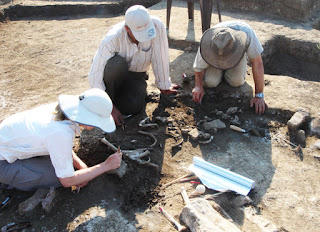 xcavated remains of a warrior slain around 2,200 years ago provide rare, physical evidence of an uprising that’s described on the Rosetta Stone, scientists say.

“Most likely, the warrior we found was a casualty of the ancient Egyptian revolt,” said archaeologist Robert Littman on November 22 at the annual meeting of the American Schools of Oriental Research.

A team led by Littman, of the University of Hawaii at Manoa, and anthropological archaeologist Jay Silverstein of the University of Tyumen in Russia unearthed the man’s skeleton at the ancient city of Thmouis. That city is now buried beneath a mound of earth and debris called Tell Timai in the Nile Delta.

Weaving and knitting were among the most important industries in ancient Egypt. The kenaf was the only material used by the pharaohs to make their clothes. Leather and woven fibers were rarely used in their clothing.

Ancient Egyptian left inscriptions and drawings on their tombs explaining how they grew and harvest linseed and grains, said Dr. Mansour al-Nubi, former dean of the Faculty of Antiquities in the historic city of Luxor, in Upper Egypt. 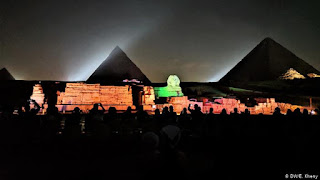 Praying not to lose my nerve halfway I took my first step into the tunnel. A fleeting sense of surrealism hit me for braving my intense claustrophobia to enter Giza's second-largest — 136-meter tall (446 ft) — Pyramid of Khafre. The air felt thin and the temperature rose significantly in the narrow 54-meter long (177 ft) sloping passageway, which ended in a dimly-lit burial chamber. Taking a quick look at the embedded solid granite sarcophagus while trying not to think about the countless stone blocks above me, I took a deep breath and made the challenging return climb to daylight. 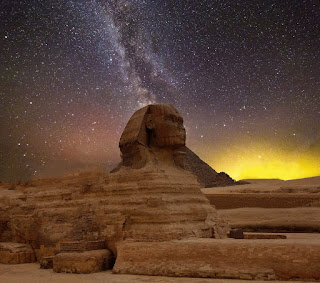 Entertaining as such conjecture may be, scientists provide us with sounder explanations of ancient Egypt, including of its astronomical traditions. They have explained, for instance, why the Great Pyramid is more accurately aligned to True North than the Greenwich Observatory’s Meridian Building: builders aligned pyramids by observing two circumpolar stars. 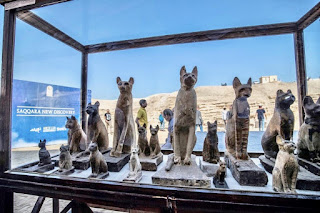 Egypt on Saturday unveiled a cache of 75 wooden and bronze statues and five lion cub mummies decorated with hieroglyphics at the Saqqara necropolis near the Giza pyramids in Cairo.

Egyptologists are thrilled at the find, which includes mummified cats, cobras, crocodiles and scarabs among the well-preserved mummies and other objects, AFP said.

The Antiquities Ministry announced the find at the foot of the Bastet Temple, dedicated to the worship of cats among ancient Egyptians, in the vast necropolis. 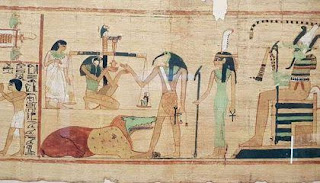 Discovery of 'Sacred Animals' to be Officially Announced in Dec.

Minister of Antiquities Khaled el-Anani stated that a new archaeological discovery will be announced in December.

The minister stated that December will also witness the inauguration of three archaeological projects, namely the Hurghada Museum, the Baron Palace and the Jewish Temple in Alexandria. 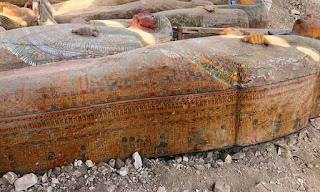 The Ministry of Antiquities conducted scientific studies on three mummies discovered in the cache of El-Assassif in an attempt to unfold their secrets.

The preliminary results of the CT scan performed on the mummies of a man, a woman and a child indicated that they are all preserved in a great way and are in good condition. The mummies of both the adults did not contain any precious findings, unlike the mummy of the child that contained two golden pieces. 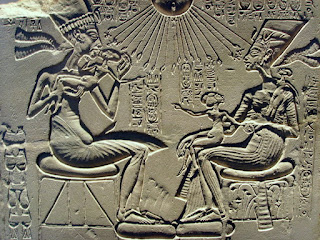 The bust of Nefertiti is one of the most famous icons of Ancient Egypt, yet the queen herself is still shrouded in mystery and intrigue. As consort to Pharaoh Akhenaten, the couple ruled from 1353 to 1336 BCE during one of the most contentious periods of Egypt’s cultural history. At this time, Pharaoh Akhenaten remodeled Egypt’s religion around the worship of the sun god Aten and moved the empire’s capital to Amarna. 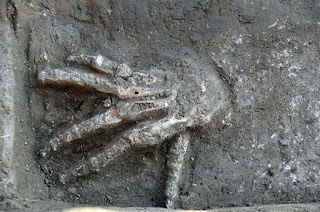 A team of archaeologists excavating a palace in the ancient city of Avaris, in Egypt,  has made a gruesome discovery.  The archaeologists have unearthed the skeletons of 16 human hands buried in four pits. Two of the pits, located in front of what is believed to be a throne room, hold one hand each. Two other pits, constructed at a slightly later time in an outer space of the palace, contain the 14 remaining hands.