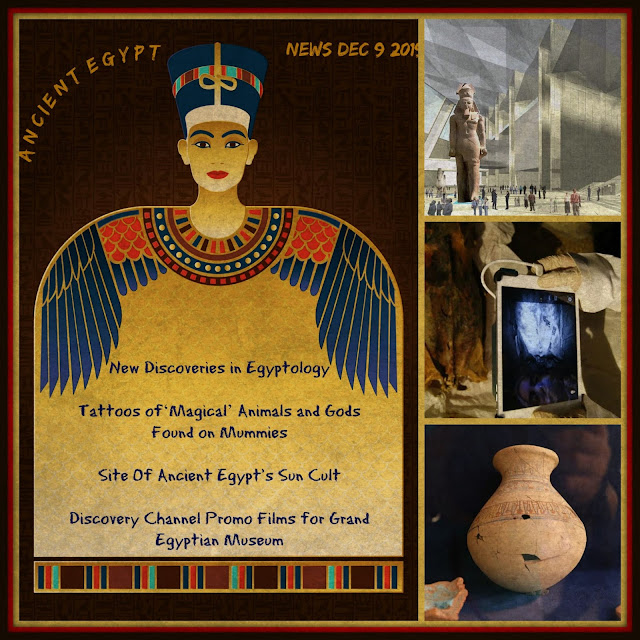 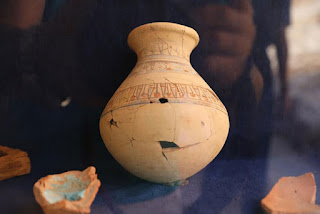 Every two months, the Nile Scribes bring you summaries of the latest research and discoveries in Egyptology, both from the field and the archives. We introduce you to the newest archaeological finds or rediscovered artefacts from museum collections, plus other new theories stirring in the Egyptological Zeitgeist. While few excavations take place in Egypt during the heat of the summer, there has nevertheless been a number of exciting discoveries announced at the outset of the cooler, post-summer months. The world’s attention was recently captured by the discovery of a new cache of Twenty-Second Dynasty mummies at Asasif in Luxor. 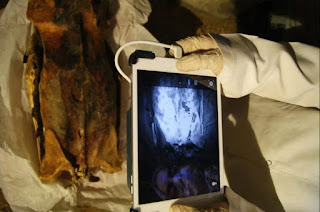 The ancient body art, found on seven female mummies, may help shed light on why the Egyptians got inked.

Prior to the new discovery, tattoos had only been found on six mummies over more than a century of research at ancient sites in Egypt.

"When I first saw [the tattoos], I felt both the thrill of discovery and the magic of this new technology," archaeologist Dr Anne Austin told Fox News. 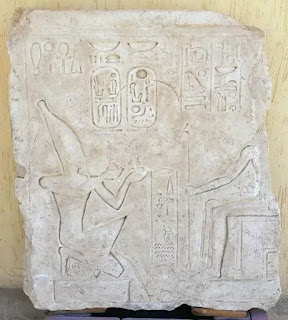 Archaeologists have unearthed the remains of royal statues and a block depicting King Ramses II, as well as a section of a wall made of mud bricks at the Heliopolis temple in Cairo, Egypt—the site of ancient Egypt's mysterious sun cult.

The Ministry of Antiquities announced the discoveries made during the thirteenth season of a joint mission by German and Egyptian archaeologists—the Heliopolis Project—on the department's Facebook page. 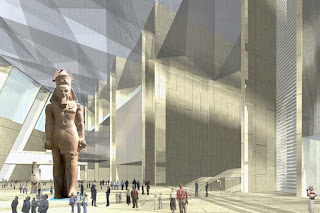 Discovery Channel will produce three promotional films about the Grand Egyptian Museum (GEM), which is scheduled to open in 2020, the Ministry of Tourism said on Sunday.

These films are part of the partnership established by the Tourism Ministry with Discovery announced in September, the ministry said in a statement.
Posted by Michalea at 8:41 AM