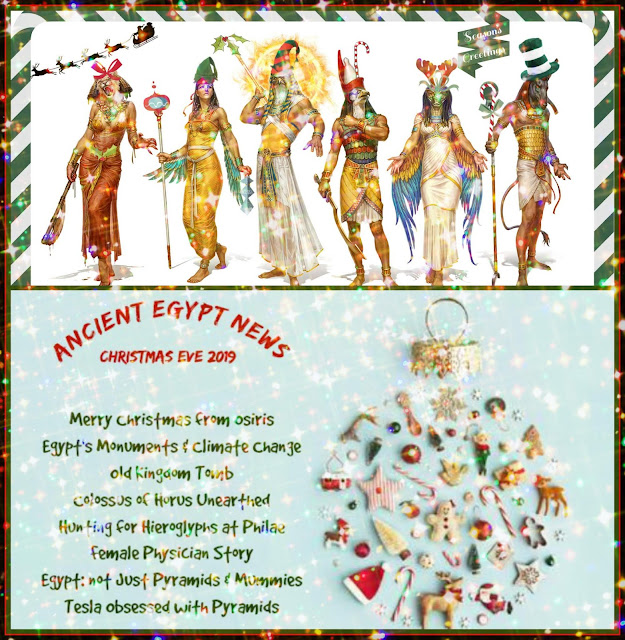 It’s a steamy November day in the southern Egyptian city of Luxor, and the tourists tramping through the ancient temples of Luxor and Karnak are sweating. But the city’s famed 7,000-year-old antiquities are feeling the heat too. 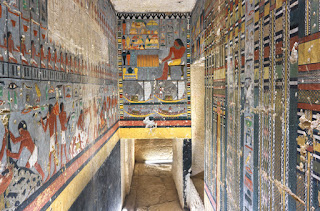 During investigation of the funerary complex of the 5th Dynasty pharaoh Djedkare Isesi (r. ca. 2381–2353 B.C.), a team from the Czech Institute of Egyptology discovered the painted tomb of a high-ranking Old Kingdom Egyptian dignitary. After descending a narrow subterranean tunnel that opened up into a series of rooms, members of the team, led by archaeologist Mohamed Megahed, found hieroglyphs on the walls announcing that a man named Khuwy was entombed within the chamber. The writing also enumerates Khuwy’s many titles, including “Secretary of the King,” “Companion of the Royal House,” and “Overseer of the Tenants of the Great House.” 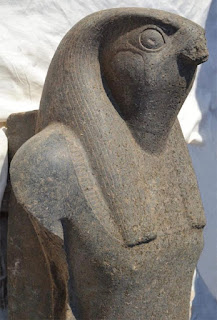 A Granodiorite Colossus of Horus Unearthed in Egypt's Luxor

During excavations carried out at the Funerary Temple of king Amenhotep III, an Egyptian-German archaeological mission led by Horig Sourouzian unearthed a large part of a granodiorite colossus of a standing falcon-headed god Horus.

Sourouzian said the statue is missing the legs, and the arms are broken, but the head and torso are very well preserved.

The 1.85-metres-tall statue depicts the ancient Egyptian deity Horus wearing the divine pleated kilt held around the waist with a horizontally pleated belt. 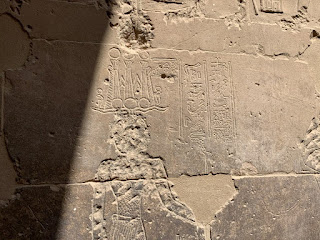 In October, the Nile Scribes led their first tour to Egypt, stopping in Aswan, Luxor, and Cairo. Agilika Island, located in the river at Aswan, is now the home of Philae Temple. It was moved there in the 1960s, piece by piece, from neighbouring Philae Island, now underwater. The island is a regular spot for visitors to southern Egypt thanks to its gorgeous setting in the Nile, but we were anxious to visit the temple complex for another reason: hieroglyph hunting. Philae contains the last known instances of inscriptions that were written using both the hieroglyphic and Demotic scripts. This week we are introducing our readers to both inscriptions, and showing you how you can see them for yourself on your next visit to Philae. 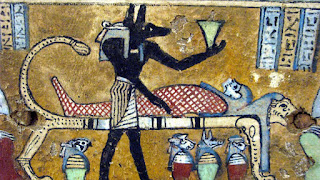 Death isn't exactly a comfortable topic of conversation in our modern culture. But in countless societies around the world and throughout time, death has been openly discussed, revered and even celebrated. Ancient Egypt is no exception — case in point, the deity Anubis, otherwise known as Inpu or Anpu, aka the god of death.

"Anubis is the Egyptian god of mummification, and one of the many deities related with the afterlife," says M. Victoria Almansa-Villatoro, Ph.D. candidate in Egyptology at Brown University. "He is usually depicted as either some sort of canid, or as a cynocephalus god."

The Story of That Famous Female Physician From Ancient Egypt Is Actually Wrong
Stzeman/Wikimedia Commons/CC BY-SA 3.0


NOTE: Don't despair. Read the end of the article. Peseshet  is a genuine hero of the modern feminist struggle.

Merit Ptah. In recent decades, the name of this ancient Egyptian doctor, said to have lived nearly 5,000 years ago, has become a figurehead of women in science, technology, maths, and engineering (STEM).

She is credited as being the "first woman known by name in the history of science". But there's a bit of a problem - Merit Ptah probably didn't exist. Not as described, at any rate.

‘Egypt is not Just Pyramids and Mummies’

Egyptologist Lara Weiss is curator at The National Museum of Antiquities and has been leading the VIDI research project ‘Walking Dead’ since 2017. The exhibition ‘Sakkara: Living in a necropolis’h will be on display at the museum starting March 9 next year. 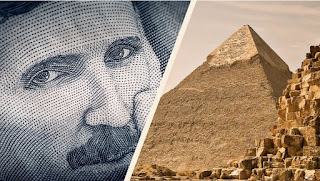 Nikola Tesla died somewhat unappreciated but his fame and the myth around him has continued to grow tremendously into our times. He is now perceived as the ultimate mad scientist, the one who essentially invented our times, credited with key ideas leading to smartphones, wi-fi, AC electrical supply system, and more.

Besides ideas that Tesla implemented and patented, he also had many other interests in different fields of research, some quite esoteric. One of the most unusual was his preoccupation with Egyptian pyramids, one of humanity's most mysterious and magnificent constructions.