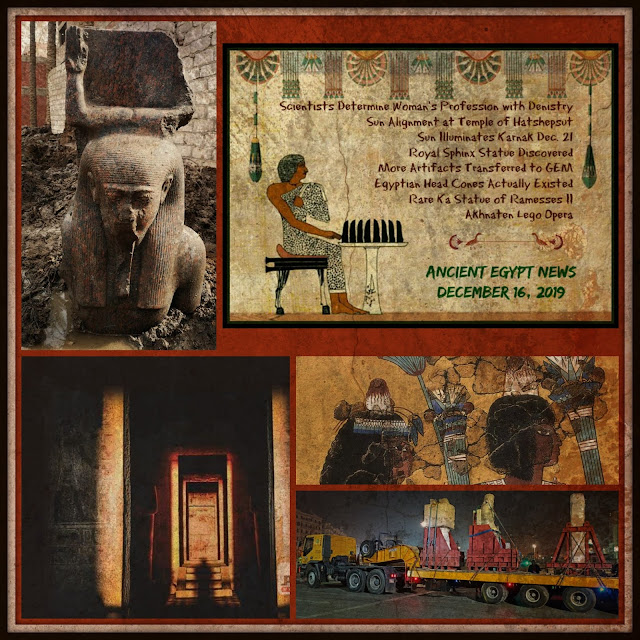 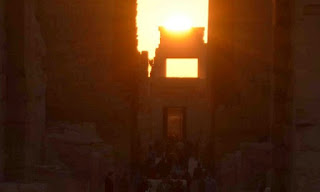 Crowds of tourists and Egyptians are expected to flock to Luxor on December 21 to witness the magnificent phenomenon of the sun aligning on the Temple of Amun inside the 4,000-year-old Karnak Temple.

The annual two-hour event, starts at 6 a.m., will mark the first day of winter, as per the outstanding progressive knowledge of the ancient Egyptian.

Every year, attendees come to watch the sunlight as it falls perfectly perpendicular on the sanctuary of Amun Ra’a at the center of the temple; the sunrays then move towards the temple’s gates to reach Hatshepsut's ancient temple. 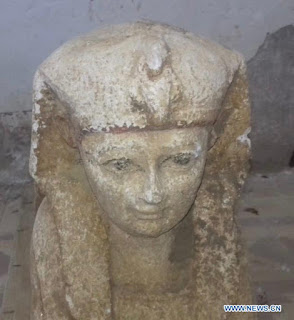 An Egyptian archaeological mission uncovered on Saturday a small royal statue of a Sphinx during excavation in Minya province, south of the capital Cairo, the country's Ministry of Antiquities said in a statement.

"The statue is made of limestone with 35 cm in height and 55 cm in length," said Gamal el-Samastawy, director general of the Antiquities of Middle Egypt, a department of the ministry.

"The clear and beautiful features and details of the statue mirrored the skillfulness of the ancient Egyptian sculptor," he added.

By analysing the dentistry of a woman who lived in Ancient Egypt, archaeologists have made a surprising discovery: her unusual profession. A video provides all the details...

With this incredible discovery, archaeologists have gone from surprise to surprise. A short time ago, a team of scientists from the University of Alberta, in Canada, analysed the teeth of a woman who lived 4000 years ago, in Ancient Egypt. From this study, they learnt a lot more than they expected. 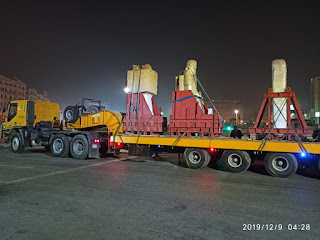 The artifacts were transferred amid the tight security measures of the Tourism and Antiquities Police and the Security Forces. General Supervisor of the Grand Egyptian Museum Atef Moftah stated that some of the transferred artifacts will be placed on the Great Staircase, while other artifacts will be exhibited in different halls of the museum according to their era. 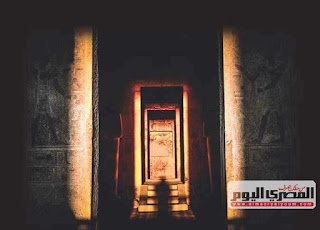 Visitors Marvel as Sun Alignment Illuminates the Temple of Hatshepsut

Archaeologists and astronomers visited on Monday the Mortuary Temple of Hatshepsut in Luxor’s Qurna mountain to witness a sun alignment on the temple’s inner sanctum, lighting up an image of the sun god Amun-Ra inscribed in the form of a winged sun disk.

The sun alignment phenomenon takes place every year on occasion of the ancient Egyptians celebrations of the feast of the god Horus, an example of their greatness in the field of astronomy.

Ahram Online reports that a mudbrick wall dating to the New Kingdom period, blocks from colossal royal statues dating to the Middle Kingdom period, and Old Kingdom moulds for the manufacture of faience amulets and capital fragments of palm columns have been uncovered at the Heliopolis Temple site, which is located in the Matariya area of northern Cairo. “It came as a surprise that these layers directly overlay a stratum of the prehistoric settlement of Heliopolis,” said Aymen Ashmawi of the Egyptian Antiquities Department. 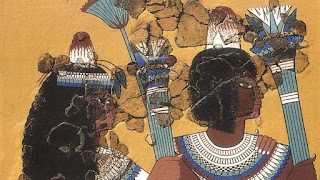 Look closely at paintings of ancient Egyptians and you might spot something strange: cones the size of a coffee cup sitting atop some of their heads. The objects have long baffled archaeologists, many of whom have wondered whether they were merely a symbol. Now, a new study finds these “head cones” were indeed real: Researchers have recovered two of the curious accoutrements in burials dating back 3300 years.

Archaeologists made the discoveries at Akhetaten, one of ancient Egypt’s most unusual cities. The site was occupied for no more than about 15 years during the 14th century B.C.E. while Egypt was under the rule of the pharaoh who gave the location its name, Akhenaten. He developed a short-lived (and, in the eyes of later pharaohs, heretical) religious system focused on the worship of a single god, represented by the Sun. He may also have been Tutankhamun’s father. 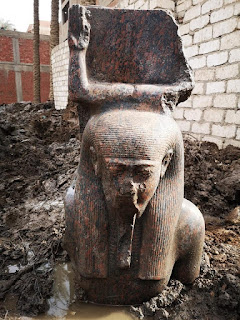 The Egyptian Ministry of Antiquities announced on Wednesday, 11 December 2019, that it has discovered a rare statue of King Ramesses II during excavations near Giza Pyramids west of Cairo.


In a statement, the ministry said that the statue was unearthed during excavation works the ministry’s teams started last week inside a piece of land owned by a citizen near the great temple of Ptah in at Mit Rahina (Memphis).