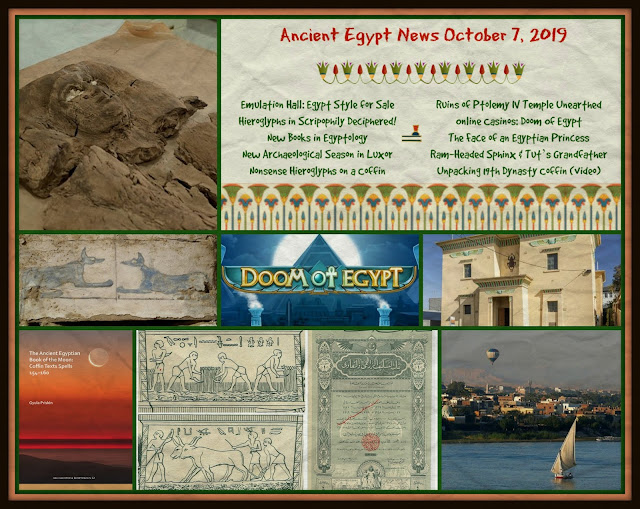 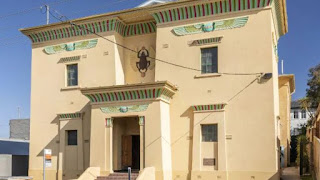 A former Masonic temple that wouldn’t look out of place on the streets of Cairo is for sale in Melbourne’s leafy east.

The 1927-28 Emulation Hall is sure to catch buyers’ eyes, being decked out in Egyptian motifs including gold-winged scarab beetles, sacred serpents, astrological symbols, lotus flowers, winged discs and “the eye of Horus”.

This “rare and distinctive” Egyptian Revival style saved the Canterbury curiosity from imminent demolition in 2012, earning it heritage status for being of architectural, historical and aesthetic significance to Victoria, according to the Heritage Database. 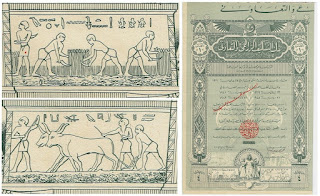 Antique securities from companies that operated in Egypt were typically illustrated with pharaonic themes and hieroglyphs. Standing on their own as true pieces of artwork, their mysterious designs made possible investors dream of promising outcomes. People bought these share certificates in the 19th and 20th century when the stock exchanges of Alexandria and Cairo flourished. But are the hieroglyphs on these certificates actually legible? 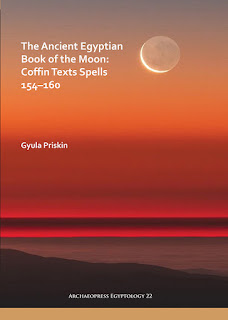 Every two months the Nile Scribes update our readers on the most recent Egyptological publications. From popular reads to peer-reviewed scholarship, we hope to illustrate the wide variety of topics discussed in Egyptology, and perhaps introduce you to your next read! Below are 10 books that were released this summer (July and August). 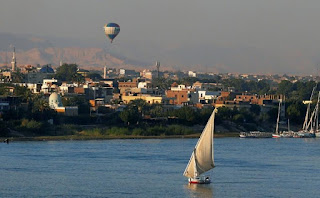 Several Missions Launched for the New Archaeological Season in Luxor

The new archaeological season has begun, showing promise in Luxor, the capital of world tourism. There are currently five archaeological missions, including three Egyptian missions, one Spanish, and one American conducting excavations there. Several new mission and

projects have been approved for the new season.
Luxor is known for its rich tombs and pharaonic temples, which all seem like they will see a strong tourist season.

Note: What the Petrie Museum had to say about this article on their 'unofficial' Facebook page: The discovery of this cemetery is very interesting, but nonsense hieroglyphs really aren't unusual despite the way this is reported. There are many examples during mature Egyptian dynasties, and this burial is from the Graeco-Roman period. The use of blue is also interesting as black would have been a much more accessible ('cheaper') colour, so maybe not quite such a non-elite burial.

When ancient burials are discovered in the sands of Egypt, the stories we hear are usually similar. High-ranking officials and nobles buried with rich grave goods, elaborate coffins, and often cartouches naming the deceased, so we know who they were. But a recent discovery paints a rather different picture.

Archaeologists have found dozens of 2,000-year-old burials near the necropolis of Saqqara that are much more minimal, even clumsy. Perhaps this is the resting place for people from the working or middle class, rather than the elite. 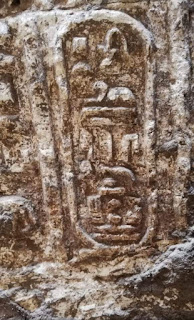 The ruins of a temple belonging to King Ptolemy IV have been unearthed during an excavation at Kom Shaqao, Sohag by a mission from the Antiquities Ministry.

Parts of the ruins had been discovered by chance during the supplying of sewage lines in the city of Tama, Sohag early in September.

The Secretary General of the Supreme Council of Antiquities Mostafa al-Waziry said in a statement on the ministry’s official Facebook page that the sewage work was immediately stopped by a task team from the Ministry of Antiquities, assigned to conduct archaeological excavations in the area. 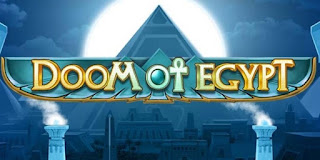 An Unforgettable Trip at Online Casinos With Doom Of Egypt

Pack your bags for a memorable trip to ancient Egypt by Play ‘n Go which is the best to bring you on this Egyptian adventure. Doom of Egypt is a combination of several Ancient Egyptian themed slots produced by Play’ n GO throughout the years. The amazing theme is among the most well-known in the world of online slots. Ancient Egypt portrays a time of exuberance, of astonishing riches and hidden treasures. They have successfully given us Egypt-themed slots like Leprechaun Goes Egypt, Legacy of Egypt and, of course, the biggest hit and the all-time favorite Book of Dead. 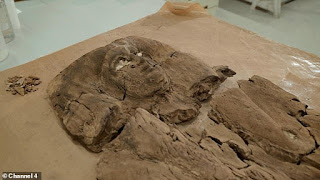 Archaeologists Reveal the Face of an Egyptian Princess

Archaeologists have revealed the face of an Egyptian princess who lived almost 4,000 years ago by painstakingly piecing together the wooden shards of her sarcophagus.

The fragments expose the likeness of a royal, possibly Princess Hatshepset, daughter of Pharoah Ameny Qemau, who lived towards the end of Egypt's Middle Kingdom.

Her image will be seen for the first time on Channel 4's Egypt's Lost Pyramid programme, which follows the two-year excavation and study of the royal's final resting place. 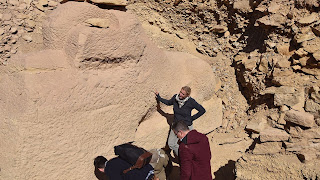 Archaeologists in Egypt have discovered a large ram-headed sphinx that is linked to King Tutankhamun’s grandfather.

The sphinx, which is 16.4-feet long, 11.5-feet high and 5-feet wide, was found beneath several feet of debris at Gebel-el-Silsila, an ancient quarry on the Nile. Only its head was visible prior to excavation.

The sculpture is believed to be from the time of King Tut’s grandfather, the pharaoh Amenhotep III, who ruled in the 14th century B.C.

The unpacking of the 19th Dynasty coffin of Sennedjem upon arrival at the National museum of Egyptian Civilization.(NMEC) The fumigation of his mummy.